It was only in late 2019 that we first saw Mizuno innovate on the Neo series, with the Morelia Neo 2 Beta. Featuring a modernized mesh midfoot and an outsole reinforced with a carbon fiber-like material, the Neo 2 Beta was the most advanced Morelia in years.

In 2020, Mizuno introduced not one but two Morelia Neos – Morelia Neo 3 Japan and Morelia Neo 3 Beta. Along with the Morelia Neo 2 Beta, we take a deeper dive into how the 3 boots differ from one other.

Similar uppers on all the three Neos

It wouldn’t quite be a Mizuno Made in Japan football boot if the forefoot wasn’t made of some of the finest kangaroo leather in the business. All 3 boots use Mizuno’s highest quality kangaroo leather upper, going through a process to make them water repellent and fairly water resistant. Where they differ though is in the thickness.

The Neo 2 Beta has one of the thinnest uppers in the business thanks to Mizuno removing much of the internal padding within the leather.

In contrast the Neo 3 Japan has got a fairly plush leather upper, thin enough that you don’t feel any bulk, but padded enough that you feel just a touch of cushioning for that classic leather feel. The Neo 3 Beta’s upper straddles the middle ground between the two boots in terms of thickness.

Big differences in the Mizuno Morelia Neos’ midfoot and lockdown

Things get more interesting in the midfoot where most of the updates are visible. The Neo 3 Japan charts a similar path as the original Neo 2, using a leather-like synthetic called Barefoot (BF) Leather in the midfoot to give the boot a nice consistent, leather-like feel throughout the boot whilst remaining responsive. That same BF Leather also makes up the tongue on the boot, which comes in a more traditional construction.

The Neo 2 Beta on the other hand, comes equipped with a razor thin mesh yarn synthetic, giving you an extremely barefoot feel on the ball. It’s also fairly stiff, requiring some break-in time, and I did encounter some discomfort with abrasion on my instep during initial wears.

The Neo 3 Beta, builds on the Neo 2 Beta’s midfoot, reinforcing the mesh midfoot with a layer of knit and feels less stiff out of the box.

Taking us all by surprise, Mizuno also introduced a knit tongue, creating their first one-piece football boot in the Neo 3 Beta. Thanks to the new construction, the Neo 3 Beta is the most responsive of the 3 boots and provides the best lockdown, but at the cost of ease of putting on the boots and a customized fit that you only get with a traditional tongue construction.

The Neo 3 Japan has got the best heel lockdown

Personally, I feel that the Neo 2 had the best heel lockdown I’ve ever experienced in any football boot. The heel padding and suede backing gripped and locked my heel in for an extremely secure sensation.

In a bid to shave weight, the Neo 2 Beta reduces the amount of padding in the heel area, although it retains the suede backing. I never felt worried about heel slippage, but that next level lockdown is no longer there.

Conversely, both the Neo 3 Japan and Neo 3 Beta use the same heel construction, with a thick layer of heel padding helping to secure your heel.

For added heel lockdown in the Neo 3 Japan (which contains an extra lace loop), I’ve applied a runner’s loop for extra lockdown and I highly recommend everyone to go with that because it really makes the boot feel one with your foot.

With most of their football boots crafted for the Japanese market, it should come as no surprise that all 3 boots come with the typical 9 x 4 rounded stud pattern, which is beloved in Japan due to the number of hard sandy pitches and artificial grass fields.

On the Neo 2 Beta however, Mizuno left us with a delightful surprise, infusing KaRVO (a reinforced plastic with properties similar to carbon fiber) into the outsole construction. This made the boot lighter as Mizuno was able to use less layers of material in its soleplate construction without compromising on strength or durability. It also had an added benefit of giving a nice snappy sensation when sprinting.

Disappointingly, KaRVO was nowhere to be found on the Neo 3 Japan or the Neo 3 Beta. Instead, Mizuno made subtle changes that improved the overall playing experience. The spine of the outsole now uses a honeycomb pattern for added stability while the studs use a different resin to be 50% more durable. The studs are also more vertical to provide more stability in the heel although frankly, I never really felt the difference.

In probably the most surprising move, the Neo 3 Japan and Neo 3 Beta outsoles no longer come with the rivets that we’ve come to associate with boots that are Made in Japan. Mizuno claim that their shoe bonding process has been refined to the extend that the reinforcement from the rivets are no longer required. My Neo 2 is still going strong after 3 years and playing almost exclusively on artificial grass, so I’m eager to put those claims to the test.

Moving with the times

It’s testament to Mizuno’s quality that the Mizuno Morelia Neo concept was able to compete with the best speed boots in the market for nearly a decade with more or less the same construction. However, with other brands bringing new innovations to the table, Mizuno have shown with their Beta series that they’re serious about staking a claim in the highly competitive speed boot category.

With the Neo 3 Japan silo, it looks to be positioned as the new modern leather boot – offering a great natural leather touch all-round yet remaining light and responsive enough. I anticipate the Neo 3 Japan remaining unchanged for a number of years, with Mizuno focusing on producing new iterations of the Beta line and Rebula silo as their hero products.

That’s because the Beta series is the true speed silo, chock full of technical innovation to offer better lockdown to compete with the Mercurial, X Ghosted and Ultras of the world. You still get that familiar leather touch, but it’s complemented by aggressive lockdown and a modernized look to appeal to the speedsters out there.

That’s not to say that the boots are perfect, and I still find myself wishing that the Neo 3 Beta came with a more responsive outsole and a bladed/conical stud configuration. The Neo 2 Beta and Neo 3 Beta were great first steps towards a Mizuno speed boot, and I look forward to what the next Beta will bring to the table for the Japanese brand. Thanks for the great article. You chose a good topic and I want to thank you for including Neo 2 as well into comparison.

I know sizing is a bit tricky subject, but I would have liked if you tackled it at least a bit. I’ve read contradicting things about those. I think the consensus is to go half a size down to Beta 3 (from Neo 2) but some people say Neo 3 fits a bit more like Neo 2 and the half a size smaller can be too small if you wore Neo2 as snug. What is your opinion or do you think all are identical?

Thanks for the comments, I skipped touching on sizing as I’ve covered it in my Neo 2 Beta and Neo 3 Beta articles, but on hindsight that would have made sense to be part of the article. Will look to add them for future comparison articles.

if we use Neo 2 as a starting point. I’d say Neo 2 Beta fits the same lengthwise as the Neo 2, but due to the lack of padding, it feels wider and more spacious in the forefoot.

With the Neo 3 Beta, no questions, down half a size for sure. At least that’s how I feel for everything. 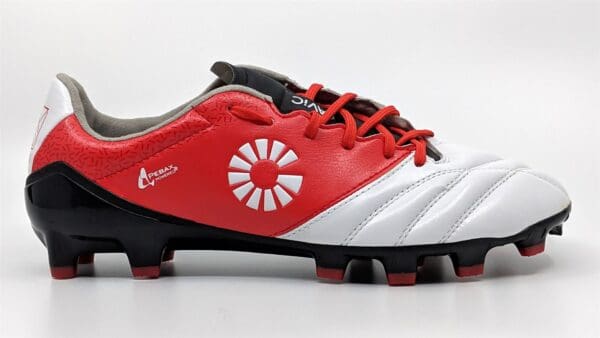 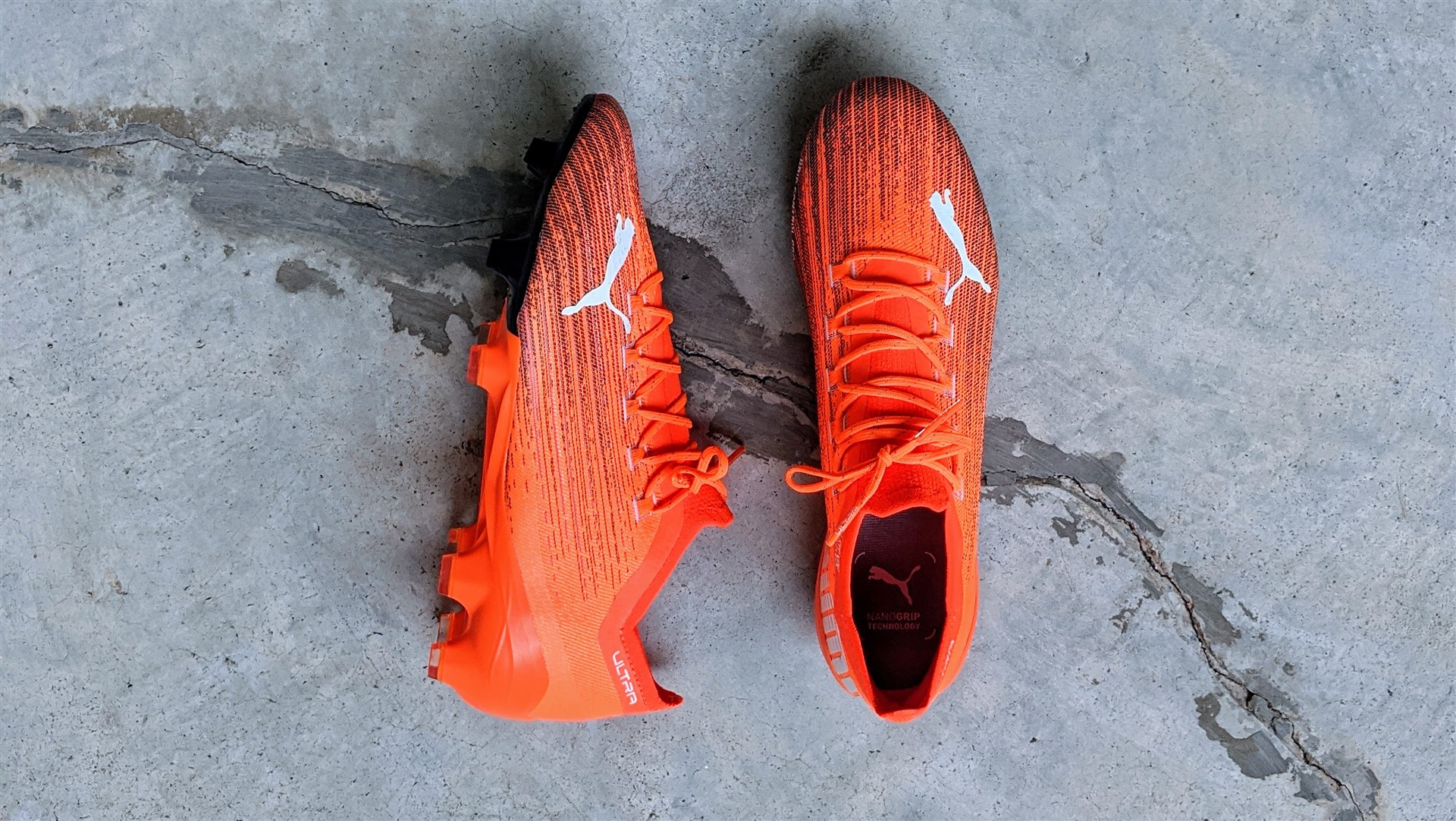