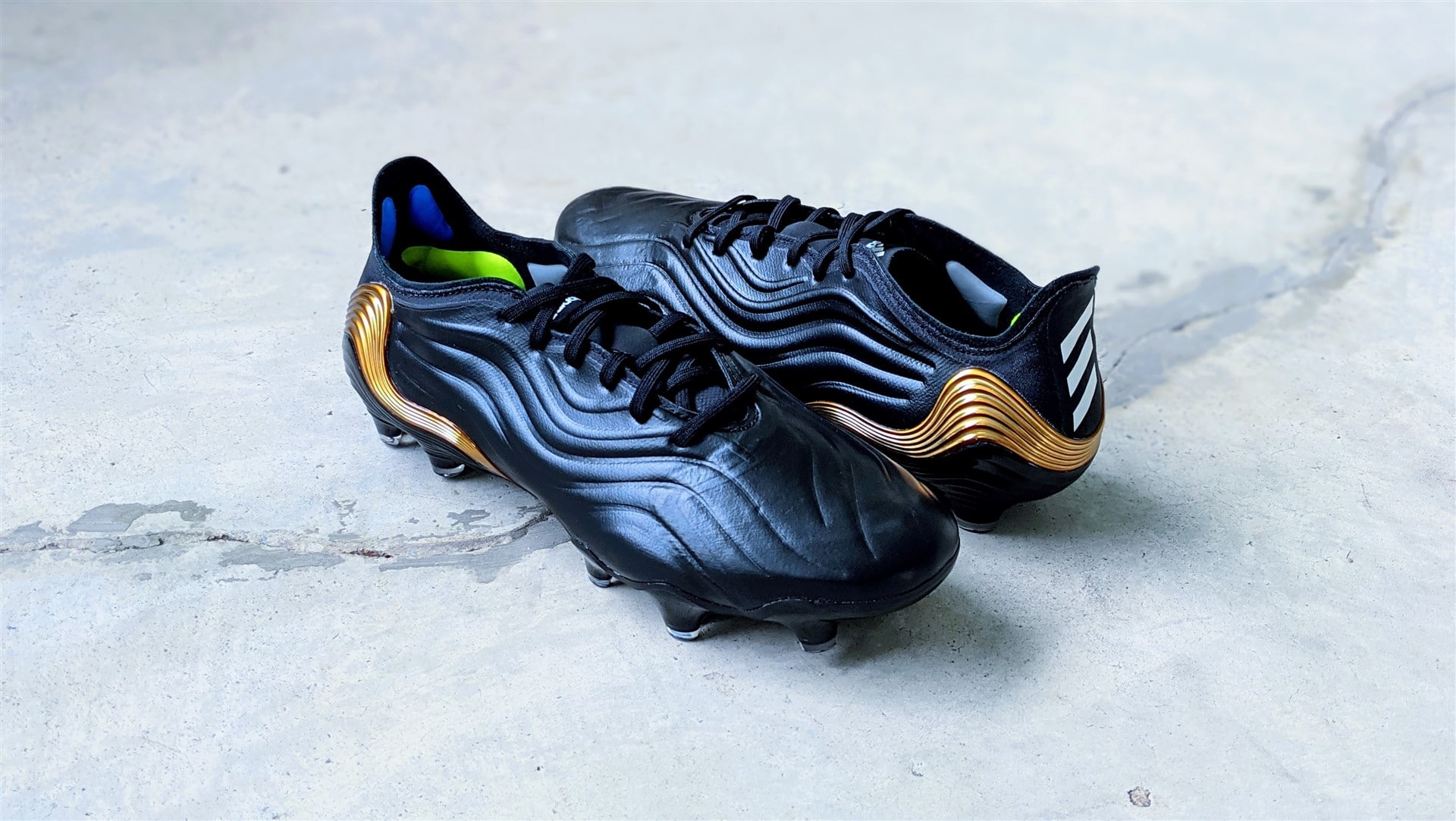 Some people live and die by the old ways. Case in point, vinyl records. Those who love vinyl swear by them and claim that MP3s can never beat the nice warm sound that emanates from the age old tech. It’s an experience that only the enlightened can appreciate, they say.

Leather is the footballing boot equivalent of vinyl – old tech that may have lost its popularity but still harnesses a cult-like fan base that swears by its eternal qualities. Like its musical counterpart, it’s slowly losing its appeal on a younger generation due to the influx of new synthetic boots and flashier options.

Despite this downward trend, brands still keep their line of leather boots within their ranks to point to their storied past and display their long history within the boot category. This explains why adidas still produces the adidas Copa Mundial, one of the legendary leather boots from the 70s. However, it is increasingly difficult to market the Copa Mundial and their leather boots to a generation that has never even experienced a proper leather boot like an adidas Predator from the 90s to early 2000s.

So how do you sell leather to an audience that has grown up on synthetics and knit? The adidas Copa Sense .1 is adidas’ answer to the synthetic generation.

A Copa in name

The adidas Copa Sense .1 is an exquisite and elegant boot. It shares none of the puffy Michelin Man aesthetics of the Copa 19/20 and instead looks sleeker with a lower volume upper and its new “wave” aesthetic. Its classy design is definitely fitting for the likes of their sponsored playmakers like Paolo Dybala and Joao Felix. Where this wave design really stands out is along the bronze external heel counter which looks like a piece of art.

You can’t call a boot a “Copa” unless its an excellent leather boot. However excellent the adidas Copa Sense .1 is (and I think it is), to call it a leather boot might be a little misleading.

I first thought that the entire boot was covered in a thin layer of leather but I had come to find out that only the forefoot is made from leather. Look closely at the photo above and you’ll notice a different texture and grain between the forefoot and the midfoot.

The forefoot looks smoother while the midfoot seems to have a spotted texture which is a result of the foam underneath. Expect the boot’s lack of leather to divide and polarise leather boot aficionados during its two year run.

The Copa Sense fits like a very snug glove

adidas named the boot “Sense” in a bid to “to deliver an enhanced feel and optimum touch for the wearer”. On paper, that is what all leather boots strive to do as they all provide an elegant and cushioned touch on the ball. adidas’ approach to this is somewhat different and can be seen in these 3 features – TOUCHPODS, SENSEPODS and SOFTSTUDS.

TOUCHPODS are thick memory foam pads that have been inserted along the medial and lateral parts of the foot, where your toe joints are. The idea is to absorb impact at these areas that connect with the ball often. You get a generous amount of padding across the entire boot but expect the TOUCHPODS to be where the padding is at its thickest.

I found the TOUCHPODS to wrap my midfoot very tightly. Luckily for me, there are no hot spots around the boot as the generous padding keeps it from being uncomfortable despite the tight fit.

adidas also included SENSEPODS around the heel and achilles area to help with lockdown. The German boot makers have actually been quite active in developing cushioned pods around the heels for their other football boots but I think with these SENSEPODS, they have perfected the placement and volume of the pods. I do wish that they had a softer and more luxurious suede material instead of the more plasticky material used but functionally, it works well.

Both the TOUCHPODS and SENSEPODS contribute to excellent lockdown all round. I’d say go true to size as the length and width are just perfect for someone with moderate width feet. Slim footed players shouldn’t have too much of a problem though wide footed players will have trouble with these.

The last area of padding are the SOFTSTUDS in the form of white studs in the Copa Sense .1 FG. adidas claims that those two medial studs are injected with a softer material, so they bend upon impact with the ball. Unfortunately, I can’t tell much of a difference on pitch.

A dense foam upper that breaks in quickly

One criticism some fans had of the previous Copa 19/20.1 was of its burrito tongue. Many felt it was aesthetically unnecessary while others, like me, thought it was a bit too tight during the first session though it stretched out quickly. I was generally ok with the burrito tongue though I’m glad that adidas switched it out for a simpler, regular tongue construction.

Despite the simple tongue, the narrower midfoot means that you’d have to loosen up your laces quite a bit to slip your foot in. It will be tight fit but the entire boot, including the thick TOUCHPODS, softens up within minutes and I found them to be pretty comfortable. That said, don’t expect the soft pillowy sensation of the previous Copa. The Copa Sense .1’s upper feels more like thin but dense foam. If its predecessor’s approach to impact absorption was to be a soft pillow, the Copa Sense .1 feels more like a foam lining within a motorcycle helmet.

In hand, I noticed that the external heel counter contributed to the boot feeling slightly heavy. I was shocked to see that it weighed 269g for a US9.5 after putting it on my digital scale – much heavier than the industry average of 230g. Once you start jogging in them though, you’d realise that doesn’t feel as heavy as it seems.

The Copa Sense is a tank

In fact, I quite like how it feels on feet. The lockdown keeps my feet secure and planted even when sprinting and changing direction. The ball sticks to your feet when receiving the ball at pace thanks to the dampening pods though you might not feel the cushioned elegance you would associate with classic leather boots. Expect a more firm contact with the ball. The weight and the padding gives me that extra ommph when kicking the ball, reminiscent of some of the older Predators.

The dampening pods also ensure it takes the sting out of tackles or a hard strike though I did wish I had a slightly closer feel of the ball when dribbling. You get a softer touch around the leather toebox but the other parts of the boot remain firm.

With all that dampening and foam, the adidas Copa Sense .1 seems to be built for explosive impact – passing, shooting and tackles. It’s got a nice solidity for those who love an all-action game and it’s a feature that’s sorely missed in many of today’s more stripped down football boots. It’s a tank of a boot, and one that I’d take into battle with me any day.

As previously mentioned, I don’t think the SOFTSTUDS do much for me from a cushioning or ball trapping perspective. They do feel slightly rubbery to the touch but I doubt they will perform as advertised. They work just like any other studs on the soleplate.

As for the rest of the soleplate, I don’t have much issue with it. Yes, it’s slightly weighty but it’s one of adidas’ best looking ones available as the wave effect is evident across the tooling. It also carries a nice glossy finish which will painfully get tarnished after your first few minutes on the pitch so please enjoy the look while it lasts.

The firm ground (FG) studs don’t pose too much of a problem for me on artificial ground (AG) and receives our seal of approval for dual FG/AG purposes. There is no stud pressure on AG and it provides sufficient traction without digging too deep into the ground.

Objectively, the adidas Copa Sense .1 is an excellent boot. This one of the best fitting boots available in the market, let alone among the adidas stable. It’s a very elegantly designed football boot and is an improvement, aesthetically.

However, I am genuinely curious to see if this will be a commercial success for adidas. Leather boot enthusiasts are usually in the 30s to 50s age range having experienced great leather boots in their younger days. The three stripes did a bold move in having so little leather in the Copa Sense .1 which clearly shows that they only have Gen Z customers in mind for this. These are players who have only known synthetic boots like the Ace and the X – during a time where leather boots have been seen as passe.

To make leather sexy again to a new generation, it says a lot that adidas has created a boot that mimics leather but is primarily still a synthetic construction. If you’re a leather purist, this isn’t a boot for you though the writing has been on the wall for some time for leather.

I hope this is a good introduction to leather for Gen Z and may perhaps spark a newfound demand for leather, allowing adidas to develop full leather boots in the future outside of their heritage Copa Mundial line.

This is the world we live in now where technology reigns supreme. And the adidas Copa Sense .1 is a technologically sound boot. It may not bring about nostalgia but it surely delivers for the modern age.

Special thanks to the good people of adidas Singapore for providing us with a review set. You can get the adidas Copa Sense .1 at adidas.com.

Who is this for?
Young players who want a solid introduction to a leather-like football boot.
The Good
Elegant design
Excellent fit
Secure lockdown
Awesome oomph when striking ball
FG/AG compatible studs
The Bad
Not enough leather
9
out of 10
adidas.com
AdidasCopaCopa MundialCopa SenseFootball Boot ReviewsLeather
2
0

Boothype calling it like it is. Great review. Agree with it all. True to size 100%, and all this nonsense about the boot not being fully leather…..I get the criticism with the advertising, that’s wrong……but in terms of the boot, it makes no difference. The Copa series give Adidas the chance to experiment and evolve without touching the Mundial. People complain about the Premier IIs because Nike tweak it and update it. If you want leather, go Tiempo, Mundial or Premier…….simples

I think it makes a difference to the old school purists but as I said, I think this is a very good boot for those who are not wedded to traditions. This is their “MP3” vs vinyl haha. 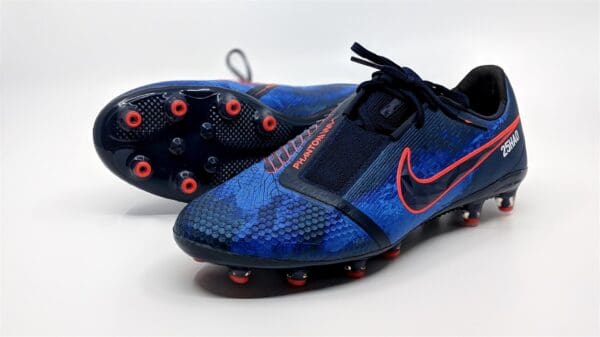 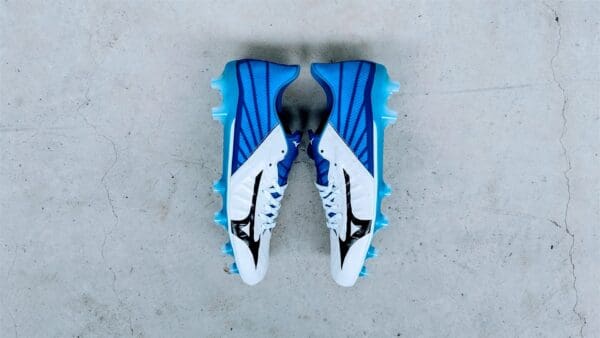 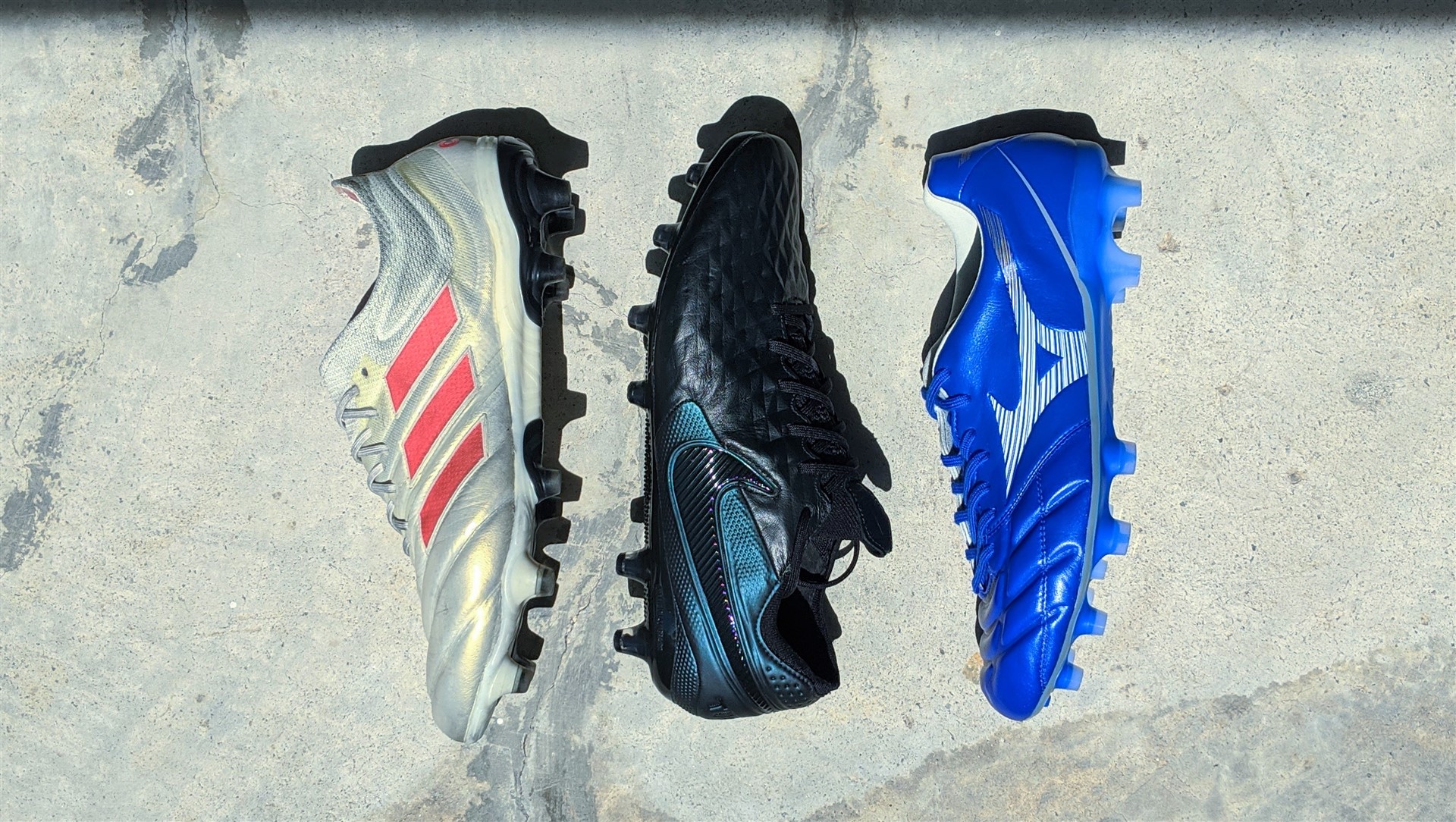