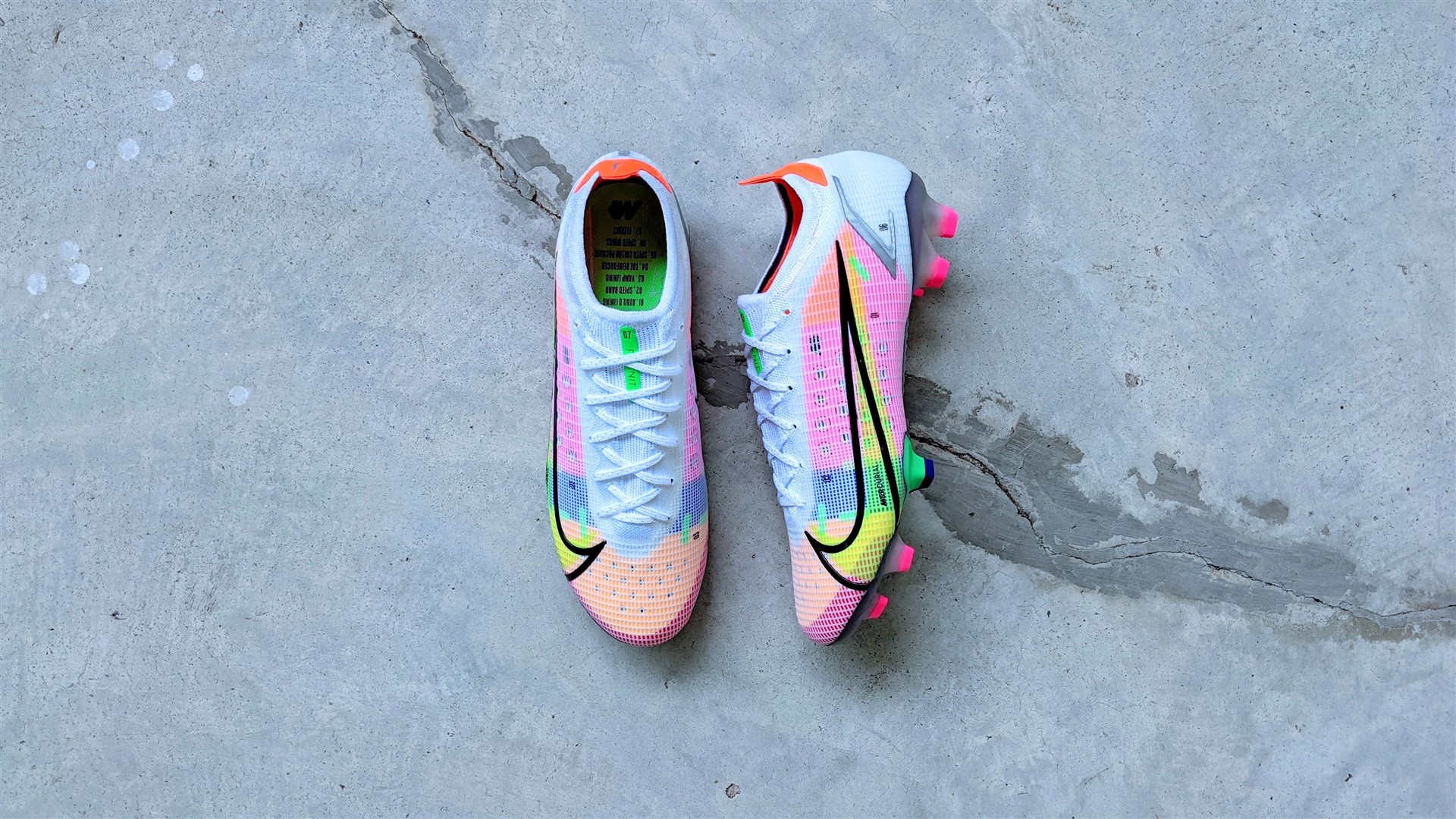 9.5
out of 10
Check below for the best prices
Prodirect SoccerSoccer.comUnisport StoreLovell Soccer

The best Nike Mercurial Vapor yet.

Nike are the masters of marketing. They can sell air to you and charge you a premium for it (and they have, haven’t they?). But that also means that over the years, people have given them a lot of stick for launching cool products that don’t always perform well. Some would say that their products are just full of… hot air.

Even the ground breaking Nike Mercurial series has had its ups and downs over the years with ill-fitting and blister-inducing models of yesteryear masked by great endorsements and marketing. However, people forget that the Swoosh is always capable of true gems and they have put in a great deal of effort to making sure that their famed Mercurial series is at the apex of performance, especially in recent years.

The latest Nike Mercurial Vapor has looked almost identical for three generations in a row. Could this be another marketing gimmick or is there a true gem in there?

It also comes as no surprise that those last two boots were launched just over a year apart, much shorter than the usual 20-24 month lifecycle a boot usually carries. While they looked the same, Nike improved their implementation of the upper material by making it more comfortable while maintaining excellent lockdown.

With the latest Mercurial Vapor 14, we’re treated to more of the same – an improvement of the upper though Nike threw in some minor adjustments to the soleplate as well.

Concept-wise, I am disappointed. I know we shouldn’t be launching new concepts for the sake of it (a problem that persists in the industry), but after being teased about moving away from Flyknit for the Air Zoom concept, I was disheartened to get just another update to the upper. Don’t get me wrong, I think this upper is a massive improvement (more on that later) but it is obvious that Nike is clutching at straws to make this boot look more special than it is by fleshing and listing out all the components of the boot Virgil Abloh-style in the gorgeous launch colourway.

For the first time since Nike had two top-tier Mercurial boots side by side (the mid-cut Superfly and low-cut Vapors), they have given both the boots of this generation a collective name – the Nike Mercurial Dragonfly. Both boots are almost exactly alike save for the mid-cut sock and are priced quite closely too. Personally, I prefer the more sleek low-cut Vapors and that’s what we’re reviewing.

Why the dragonfly and not an apex predator? Nike was inspired by the insect’s mobility. A dragonfly can decelerate and accelerate very quickly and change direction 360 degress on a whim. That’s a brilliant starting point to work on the needs of a modern footballer.

The biggest expression of that inspiration can be seen in the soleplate where Nike has tweaked the positioning of the chevron studs to face outwards a little more. This new alignment is meant to maximise the traction when you look to make quick changes in speed in any direction.

On the upper, Nike moved away from Flyknit and have instead used a material called Vaporposite which intends to keep all the great lockdown qualities of the previous Mercurials while being even more comfortable on feet. Flyknit is still present but only around the mouth and lace area of the boot.

Despite my gripes about the lack of concept, the Nike Mercurial Vapor 14 still looks amazing. The bright launch colourway is one of the best I’ve seen in years and looks even more stunning in person. What’s a Mercurial without its bells whistles? I loved that Nike added a bit of flair to the boot in the form of the heel tab and the “speed wings”.

I know some people dislike these unnecessary garnishes but if you’re paying top dollar, you’d want something that looks good and I especially love the speed wings. The matte webbed effect improves on the knitted look of the previous model and I love that the laces come with these glittery touches. I don’t expect all future colourways to have this effect on their laces so get the launch model if you want a little sparkle on your feet.

What you’ll notice out of the box is how much softer the upper is, on the inside and out. While I claimed that the Vapor 13 was not uncomfortable, Nike went some ways to improve on this with the Mercurial Vapor 14’s Vaporposite material. You also get a synthetic suede lining on the inside to swaddle your feet with every step you make and you’ll definitely notice this immediate when you put it on.

Speaking of putting on boots, I find that the Mercurial Vapor 14 stretches out a lot more easily around the Flyknit lace area to make wearing it a breeze. With past models, I always felt like I was battling the boot to slide my feet in but this one treated me like a friend from day one.

The boot fits similarly to the last Vapor 13 which means it should be comfortable for slim and moderate width feet. I went true to size in my usual US9.5. I have noticed that the Mercurial Vapor 14 is a tiny bit roomier though, especially after breaking in when the Vaporposite upper stretches. I believe those with slightly wide feet may be able to get away with putting this on but if you have the feet of a Sasquatch, I’m sorry you’ll have to look elsewhere.

Straight into my warm ups, I felt a slightly unfamiliar sensation. The ground-breaking anatomical soleplate that has given the Mercurial its X-Factor felt vastly different. For those who have never worn the Mercurial, the inner sole is curved upwards around the mid-foot to rest against your arch to remove any excess space and lock you into the boot.

It still exists in the Mercurial Vapor 14 but it felt narrower but presses higher up into my arch. I was worried that this could cause discomfort but oddly enough, I stopped noticing the anatomical soleplate much more quickly than I realised with no discomfort whatsoever.

As soft as the upper is, some might get annoyed looking at the upper crease as you flex your feet. It’s just the nature of synthetics and the creasing will ease up in due time. You still feel light on feet despite the Mercurial Vapor 14 being a slight 10g heavier than its predecessor at 205g in a US9.5. Complains about it being “heavy” are ridiculous as you can hardly feel the difference on feet.

Lockdown, as you can imagine, remains excellent while the soft upper is a welcome change as I could clearly feel the inner suede lining caressing my feet throughout my playtests. Any changes in direction are met with the upper and laces securing my feet in place.

The Vapor 13 gave me an awful black toe due to how firm and stiff the toebox was. I’m glad to say that my toe was left unbruised with a more forgiving toe reinforcement material in this current Mercurial Vapor 14. Two thumbs toes up.

I like the matte webbed finish because it makes me feel like it’s provides some grip when in contact with the ball. While I don’t think it does give you that much more grip, I felt confident in keeping in control as I dribbled. As you can expect, the thin upper means you get a very close feel of the ball but it doesn’t feel raw. This is where the synthetic suede comes into play again as it provides the tiniest bit of an elegant padding with every touch.

Don’t get me wrong, it is an almost barefoot feel but that suede does make a difference. Could it be a placebo effect? Maybe so, but I had no complains.

Because of how thin the boot is, you have to fully rely on your technique when it comes to passing, receiving and shooting. Passes felt sharp, diagonals went where they were meant to and shooting continues to feel engaging. Despite how close the ball felt, I couldn’t feel much sting from striking the ball hard. Somehow, it all feels close to barefoot without any form of discomfort. Whether I strike the ball through the laces or apply a bit of finesse to curl it past the ‘keeper into the far post, it always felt natural in the Mercurial Vapor 14.

I absolutely love it and just thinking about this makes me want to put it on and take to the pitch again.

What I did not love was being stepped on. As per the norm for all speed boots, the upper doesn’t provide any protection so be careful about tackling or being tackled.

I had worries about playing on artificial ground (AG) with a firm ground (FG) stud pattern. Nike’s FG studs are notoriously long and don’t fair well on AG which tend to be shallower and harder. The good news is that I hardly felt stud pressure or pain when wearing them.

However, I have found them to be extremely clingy and aggressive when it comes to traction on AG. This is a ticking time bomb as all it takes is one accident for my stud to be lodged in the pitch and for my body to turn the other way, causing a tear in my tendon or ligament. I even had a couple of moments where I was close to having my foot slip inwards because of the high studs. A little more, and it would have been a bad ankle sprain.

I expect the Mercurial Vapor 14 to be extremely aggressive and great with traction when it comes to moving in all directions just as advertised. However, do get the right stud patterns to ensure your safety on the pitch. Our partners whom you can buy from in our links below all do carry a wide range of stud patterns so please buy accordingly.

Outside of the aggressive cling, expect the same snappy response for those who long that extra spring in your sprint.

The very best Mercurial yet

I thought its predecessor could have been the best Mercurial ever made if it solved issues with the stiff toebox and if it made the boot’s upper a little softer. With the Nike Mercurial Vapor 14, Nike has vastly improved its formula. It is more comfortable and is even easier to put on – all without compromising on its DNA of excellent lockdown, a close touch on the ball and an aggressive and responsive soleplate.

Everything you want in a speed boot, you get in one lovely looking package.

Despite never being a speed boot guy, I totally dig the Nike Mercurial Vapor 14. This might not have come with Air Zoom technology as anticipated but perhaps the Mercurial Vapor 14 can keep me content for just a little longer. This is the best Mercurial in years and quite possibly, the front runner of Boot of the Year 2021.

Hmm interesting. Mercurials have always had a problem with a narrow midfoot and non-existent toe box. It’s good to see boot makers finally thinking a little more real world at last. Wearing a light boot at the expense of damaging your foot isn’t an acceptable trade off for the price you pay. My mate Jumbo is looking at some new boots this year, so this will have to be analysed, probably side by side the Puma Ultra. I personally am thinking the Ultra’s comfort factor might nick it. 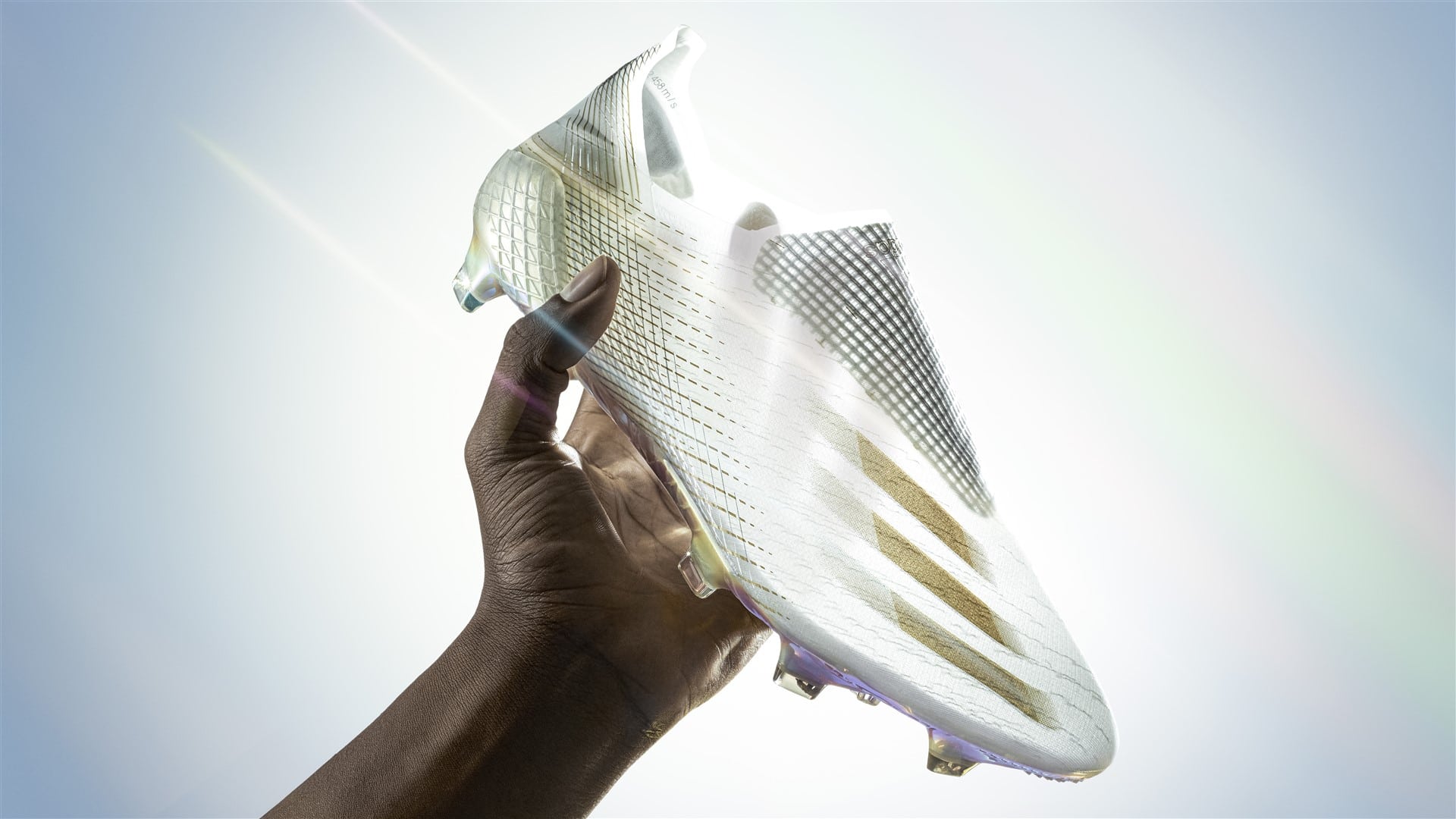 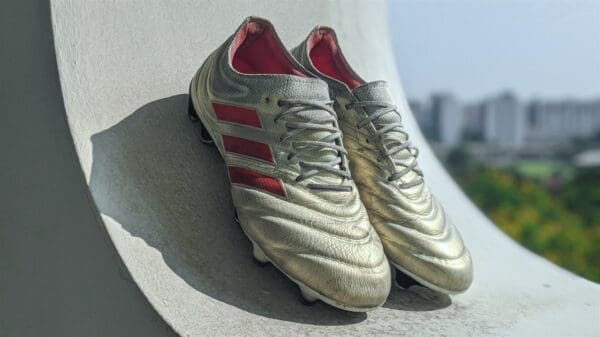