The second Mercurial Dream Speed football is a physics lesson in speed.

When it comes to marketing and hype, not many can do it better than Nike. It was quite commendable that the big Swoosh recognized that they had to move away from the Cristiano Ronaldo capsule story to one that could help transition the Mercurial franchise to a new generation of footballers.

Months ago, they launch the first of the Dream Speed Mercurials which featured Ronaldo, Kylian Mbappe and Sam Kerr as the headliners. It was a decent looking boot but lacked a story to anchor it. The boot featured motifs that pointed to its speedy history.

With the Mercurial Dream Speed 2, I find it odd that Nike couldn’t really move out of second gear to expand on the Mercurial’s history or tell a fresh tale about speed. Instead, we get a physics lesson on the topic of speed. The transition of colours represent the various frequencies of light (and their corresponding speed). The outline of the big Swoosh across the toebox also feature the numbers “299,792,458” which signifies the speed of light (299,792,458 metres per second).

Honestly, I kind of expected Nike to do better than this for their new premier collection for the Nike Mercurial line. It looks fantastic and is reminiscent of the classic R9 Mercurials he wore in the World Cup but it seems that Nike is struggling to tell a compelling story with Dream Speed. Perhaps its next designs could feature inspirations from nature (I’d love another cheetah/safari print football boot) or from the aerodynamics of fighter jets and Formula One cars.

Whatever next step they choose to take, this science lesson is simply quite unimaginative and hardly whets the appetites. I believe Nike have got to do more than just plaster the faces of Ronaldo and Mbappe on the advertisement if they want Dream Speed to work. Perhaps the Mercurial Dream Speed 2 is just a mere speed bump as they will be churning out cooler concepts in the future. They faster they can do it, the better.

Get the Nike Mercurial Dream Speed 2 in FG and AG variants at this link. 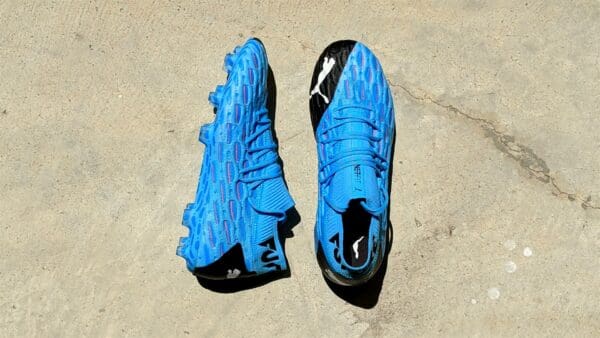