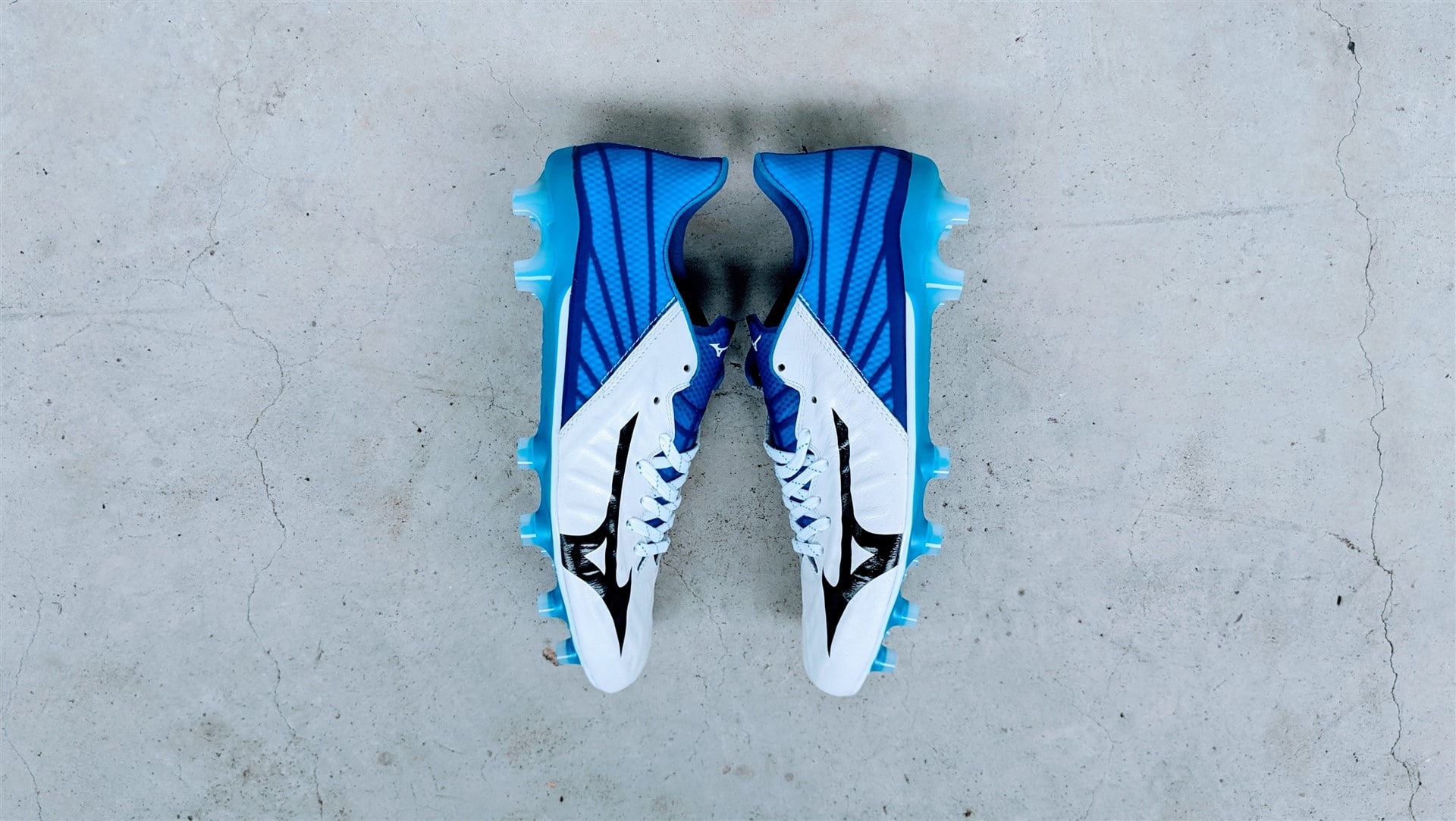 Check below for the best prices
Prodirect SoccerSoccer.comUnisport Store

Can the Mizuno Rebula 3 help Mizuno reclaim their throne as the King of Leather?

The Mizuno Rebula series finds itself at a strange inflection point. Having burst on to the scene in 2017 by retiring the Mizuno Wave Ignitus and Mizuno Basara 101, it was touted as the “ultimate leather boot” by Mizuno. Using the now familiar foam cage concept, (pioneered by the adidas 11pro 3) and Mizuno’s unparalleled leather quality, big things were expected from the first Rebula. The final product had a nice barefoot feel with adequate padding in the right areas, but one glaring weakness – the fit.

The Rebula 1 eschewed the typical Mizuno last, giving more space in the second toe area. This made sizing problematic – half a size up was too big, true to size was too small.

The Rebula 2 was worse. A ridiculously tight forefoot, even after going half size up, resulted in blisters – something I’d never experienced in a Mizuno Made in Japan boot. The Rebula series was quickly becoming a stain on the Mizuno line-up, which had an established reputation of unparalleled comfort and a one-to-one fit.

This meant that despite Mizuno’s reputation of being the “King of Leather boots”, it was in danger of getting left behind by Nike, adidas and Puma, each of whom carried a well-performing leather offering in the shape of the Tiempo Legend 8, Copa 19 series and the Puma One. Even Asics had a shout with its Asics Ultrezza AI, which I really loved.

Crucially, they all meet the basic criteria of a modern leather boot – comfortable fit, a plush touch and decent lockdown. Throw in the ridiculously high premium you had to pay for a Made In Japan boot, it was difficult to look favourably upon the Rebula.

Back To The Drawing Board

So for the Mizuno Rebula 3, Mizuno went back to the drawing board to re-imagine what the ultimate leather boot should be.

Mizuno stuck to its tried and trusted foam cage technique, using what it calls a CT Frame to maintain the shape of the boot. It’s made from a rebound foam called FTS, last seen on its Supersonic Wave Series, and gives that extra bit of cushioning when controlling the ball, without detracting too much from the feel.

The ingenuity of a foam cage is probably the biggest quantum leap in leather boots. It helps retain the core leather feel whilst preventing the leather from overstretching and removes the need for stitching. This allows brands to use an uninterrupted piece of leather for a consistent touch whilst reducing water intake. It’s reduced any advantage synthetics may have previously had over leather.

On the Mizuno Rebula 3, the leather upper is more generous, spanning nearly 70% of the boot, while the CT frame has gone through a slight tweak in shape.

The leather upper is complimented by a synthetic material in the heel area of the boot. It’s got a Flywire-like system that connects from the laces to the heel to provide added structure, prevent overstretching and provide greater lockdown. The tongue has also been changed, eschewing that constricting one-piece neoprene tongue for a traditional thin synthetic mesh. The tongue isn’t fully attached to the upper to allow for easier entry. The highly effective wave-fit lacing system from the Mizuno Morelia Neo 2, which has the lace holes shaped in a zig zag pattern to allow you to tighten specific areas of the boot without affecting the other lace holes, also makes a comeback.

The Rebula series sees the greatest evolution in its outsole, which uses a new TPU to make it lighter and stronger. The D-Flex groove and the new Stability spine work together to give the outsole a structured and stable feel that’s balanced by nice flex at the right spots. Conical studs make a return, with the Rotation Ribs 360° providing a more balanced feel when pivoting and pushing off.

Went For The Fit

I’m happy to announce that after the previous trainwrecks, the fit on the Mizuno Rebula 3 is back to Mizuno’s lofty standards. The boot now has a more rounded shape to accommodate wider feet, but also runs a quarter size large. I recommend going down half a size even if it feels slightly snug out of the box as the soft leather will mold to your feet over time.

On feet, the boots feel amazing. They’re like socks and after a single break in session which consisted of me walking around the office in them, they were so comfortable I’d gladly wear them to bed.

While the lockdown isn’t as aggressive as the Mizuno Morelia Neo 2, the lockdown feels more than adequate. This is all thanks to the heel padding that cups your heel, the midfoot synthetic and the wave-fit system all working in tandem to give you a fully customizable fit for your foot shape.

Mizuno have, unfortunately, removed that gritty sandpaper-like grip material from their insole, citing player feedback about how it made their socks bunch up. I liked it and wish they’d implemented that insole for the Mizuno Rebula 3 instead. The new insole is a cardboard thin foam that comes with no frills – no poron inserts for extra comfort like Nike does and no anti slip elements, the only low point in the boot.

I am… Conical Studs

As you’d come to expect from Mizuno, the Mizuno Rebula 3 uses conical studs which penetrate in and out of the ground easily, making those quick turns and pivots a comfortable experience. I can’t lay my finger on how or why, but the new stud pattern feels more aggressive than it looks and gives more bite than even the Morelia Neo 2. It works beautifully on both AG and FG and receives the BOOTHYPE Stamp of Approval for AG use.

At 210g, the boot is light but feels more solid than the weight suggests. That said, I do feel like a Mizuno Rebula 3 with the biomechanical Mizuno Wave Cup outsole would have a better balance between speed and maneuverability, as its bladed studs do provide for a nicer push off when sprinting without feeling overly clingy even on AG pitches.

Overall, the Mizuno Rebula 3 functions as one with your foot and doesn’t give way during quick cuts and turns. The biggest compliment I can pay it is that you forget that it’s on your feet once the referee blows his whistle.

It shouldn’t come as a surprise that the boot feels even better with the ball at your feet. The CT Frame tows that delicate balance of a padded touch that does not feel too dampened. It lets you feel the ball and takes the sting out of all the harder passes. The boot gives you the confidence to caress the ball where you want it to. It makes you want and love the ball.

I found myself constantly asking for the ball to and making shorter, quicker passes. One-twos, lay-offs, deft flicks into space, no-look passes, it didn’t matter what it was, I just wanted to keep the ball moving like a Sunday League Sergio Busquets.

That’s not to say that longer passes or shots were a problem. The FTS Foam does harden under impact, which makes striking the ball over long distances a comfortable, warm experience. If you’re old school like me and still blast the ball with your laces, the thin mesh tongue gives you that bone to ball feel that many crave. The off-centered lacing and the CT Frame also facilitates crossing the ball with whip and spin.

If I had to describe the Mizuno Rebula 3 in one sentence, I’ll call it the perfect love child of the Morelia 2 and the Morelia Neo 2. It’s got that nice silky leather touch and slipper-like feel that I loved from the Morelia 2, yet uncompromising fit and lockdown that the Morelia Neo 2 brings to the table.

In an era where brands have moved away from the leather being the star of the show, the Mizuno Rebula 3 is the last Samurai of a “pure” modern leather boot.

As a brand with a storied history and reputation for producing the best leather boots on the market, Mizuno clearly understands the soul of a leather boot – from its feel on feet to the exquisite sensation on the ball.

While the previous two Rebulas may have given Nike, adidas and Puma a chance to steal some of the glory with their leather offerings, Mizuno have come out with their swords unsheathed, distilling all their expertise in leather boots into a single package.

The Mizuno Rebula 3 is the real deal. This is Mizuno’s ōgi, their final attack. It’s the distillation of Mizuno’s storied expertise and mastery of leather into one near-perfect boot.

I’m going to go out on a limb here and call it the ultimate modern leather boot and THE boot to beat in 2019. In terms of (a padded) touch on the ball, lockdown, quality and durability, this blows everything else out of the water.

Mizuno’s still worth it, guys.

Final Thoughts
The Rebula 3 is the best Rebula to date and Mizuno’s best offering out there and my boot of the year. Go half size down.
The Good
Excellent lockdown
Very comfortable
Nice padded touch on the ball
Little break-in time
The Bad
Insole is a bit plain
Check below for the best prices
Prodirect SoccerSoccer.comUnisport Store
Football Boot ReviewsMizuno
4
8

[…] days, it’s been somewhat up and down over the past few year releases. As I and others such as Boothype’s JayC have pointed out, it’s really only this generation that Mizuno have nailed their formula for the […]

The Morelia Neo fits me perfectly length wise in a US 10. I should still go down a half size in the Rebula 3? Won’t it be really tight???

The fit is different. The Rebula is designed to be slightly wider than most boots while the Morelia Neo is slimmer than most. In regards to the length, it will be tight and snug so give it some time for the leather to break in and conform to your feet’s shape and length.

What are the best football boots of 2019? We rank them all - BOOTHYPE 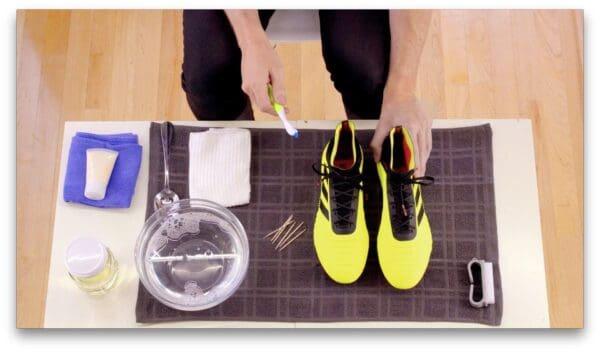 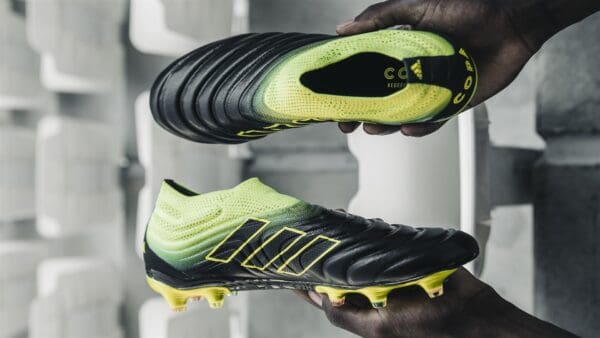 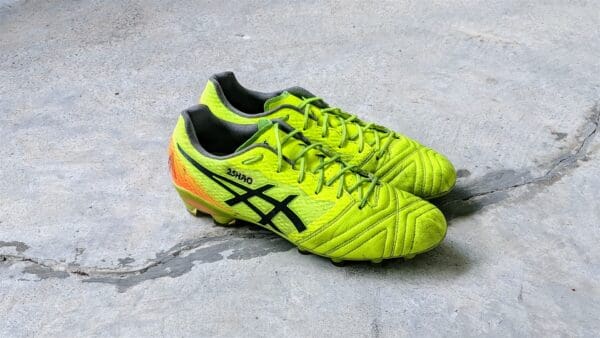