We speak to the co-founders of Ida Sports who are looking to revolutionise football boots for women.

We recently did a fascinating boot review of Ida football boots – boots that were made specifically for women’s feet. It’s a product that is made with a lot of heart but also had its roots in a big problem in football – a lack of opportunity and barriers for women. Sick of the inequalities in the sport, co-founder, Laura Youngson, had an epiphany on a mountain that led her to work with Sunday League teammate, Ben Sandhu, on helping women feel more comfortable on the pitch.

This is the story of Ida Sports – the football boot tailor made for women.

When did you start playing football, Laura?
Laura: I’m an amateur player. I have a brother and some cousins and we used to play around in the garden growing up. I never really took it that seriously. I played a bit at school but it wasn’t until I got to university that someone said, ‘Hey should try out for the team.’ I went along and realized that actually, this is really fun and I got to meet some cool people.

What boots did you love wearing back then?
Laura: The ones that really stick out for me were the adidas Predators. They were just a quality boot and everyone loved them. You took care of them and I had the ones with the foldover tongue and elastic band. Bend it like Beckham would come out, plus you had Beckham on the world stage so the hype for it was huge too.

Did you always enjoy your boots then?
Laura: Other than the Predators, I didn’t enjoy buying boots because I knew most of them would be rubbish. I had to buy kids’ sizes so I ended up buying the cheapest ones available. I didn’t have that emotional connection with my footwear.

I used to do ballet, that was my first sport. You would feel really special buying ballet shoes because you get fitted for them and they’re custom made for you. The experience with football boots was the total opposite. Going into a shop, you have men’s and kid’s sections but nothing for women. I’m an adult female and buying kid’s boots just does not fit with my persona.

Legend has it that a trip to Mount Kilimanjaro was a big tipping point for you.
Laura: I was getting frustrated with the inequalities that you get in the sport. From my experience buying football boots in a sports store to how the men’s team automatically gets funding to train and the women’s team didn’t.

I was just not seeing women represented at all. And when there is representation, it’s a completely different support level especially around the salaries. Some female footballers have to do 2-3 jobs just to support their football career.

As an adult, I thought it was up to me to fix it for the next generation. I came across the world’s highest (altitude) cricket match on Mount Kilimanjaro and I thought ‘Wow, wouldn’t it be cool if we could play football up there?’. I managed to get amazing international level players to come on board for this game to raise awareness for gender equality in football.

Players like Lori Lindsey from the US women’s national team and Sasha Andrews from the Canadian national team. These were people that have been to the Olympics and the World Cup. We crowdfunded the trip and ended up with 35 nationalities participating! We even had FIFA referees officiating it and we made it to the Guinness World Records for the highest altitude football match ever.

Going into a shop, you have men’s and kid’s sections but nothing for women. I’m an adult female and buying kid’s boots just does not fit with my persona.

And you came back with a purpose?
Laura: When I came back from Mount Kilimanjaro, I was researching medical journals to understand physiology and I realised that men’s and women’s feet are different. I had this light bulb moment: ‘Oh my god, this is why my shoes don’t fit. It’s because they’re made for men!’ I couldn’t unsee it.

Ben and I play amateur Sunday League football together and every week I’d share new crazy information about how men’s feet and women’s feet are so different. That’s when we had the idea to start Ida Sports.

Ben: When I found out that girls have always had to wear men’s and kids boots, it was just shocking to me. I thought there was huge potential to do a lot of good outside of football through Ida Sports and that really hasn’t changed. We’re two and a half years in and I’m really confident and excited about the impact that we can have both inside and outside of football.

How different is your approach to making women’s football boots?
Ben: Often with football boots, some of the bigger brands focus on aesthetics – make boots more brightly coloured or shinier or give it a cool texture but it might fall apart in a few weeks. What we’re trying to do, especially coming from outside the footwear industry, is take what’s best from the old and what’s best today and try put that together to make the best performing product possible.

We’ve had good reviews from the players but what we’re here to say is that I don’t think it’s good enough that the bigger brands treat female football as an afterthought. The attitude amongst the industry seems to be ‘What’s the least that we can do to make this problem go away?’.

You only need to spend time with some of these women to understand how amazing they are and what they’re capable of. This is where the growth is going to happen.

What were your first steps to developing the best performing product?
Laura: I think it’s good that in some ways we were ignorant of how difficult it would be (to develop your own shoe) because otherwise you’d never do it right. We had to cut up shoes to understand what makes a football boot and know the different parts.

Following that, we had to build a last which is like a mould of a foot. But there’s very few last makers around the world and it turns out there’s one who’s like, the “last Jedi” of lasts, in Melbourne and he’s amazing.

He was in the process of retiring and we connected with him on one last mission. There are no women’s last for football boots so we 3D printed my feet and he used his skills to create a form that hadn’t really existed elsewhere. He had to modify and shape it by hand through many iterations.

What kind of input did you get for the rest of the boot?
Ben: We kept close to our female players to get a feel for what worked and what didn’t. From testing the upper to giving feedback on the stud placement (to help with weight distribution). That said, we know we can’t cater to everyone at this early stage.

The younger players want something more flash and don’t care about the comfort as much but after some years in boots that don’t fit properly and you’re constantly in pain, that’s when they lean back towards finding a comfortable pair of leather boots.

That was a good reference point – just making sure we built something that fit, is comfortable and is the absolute best in quality.

I don’t think it’s good enough that the bigger brands treat female football as an afterthought. The attitude amongst the industry seems to be ‘What’s the least that we can do to make this problem go away?’

Tell us more about the unique stud pattern and how it came about.
Laura: One of the sore points players have is under the sesamoid bone. That’s the connection point between your foot and your biggest toe. You’d get players shaving down the studs in that area because it would dig into your foot. We shortened the studs in that area a bit because of the feedback.The other thing about having loads of studs is essentially to spread the pressure so that you’re not having a few areas that are really painful for your feet.

We had a biomechanical research fellow over the summer which has been amazing. She’s gone really deep in the wormhole of stud configuration because there’s little research for women out there.

Who are some of the players sporting Ida boots?
Ben: We have Natasha Rigby, the Perth Glory captain in the W-League. She was a little obsessed with boots because she had problems with her Achilles so I’m glad our boots can keep her pain free. We’re quite focused on the Australian women’s leagues (football and Australian rules football) but we’ve got enquiries now from the UK and even Brazil.

What’s next for Ida Sports?
Laura: We’re investing a lot in Australia for now but with an eye to the Women’s World Cup in Australia/New Zealand in 2023. There were 1,300 new female football clubs set up in Australia in 2018 alone. Perhaps, as per your review, we will explore boots that needs to fit narrower foot shapes. Men’s boot comes in many different widths so why not women’s boots too?

Ben: We’re a startup taking on some of the biggest companies in the world. I think what’s really interesting about our relationship with the players is it is much more about the process and we are genuinely listening. There’s a bunch of changes we’re making for version two for next year. We’re here for the female players and we’re happy to hear from them. It doesn’t matter which brand they might prefer but we’re super open to feedback all round.

For more on Ida Sports, visit their website at idasports.co 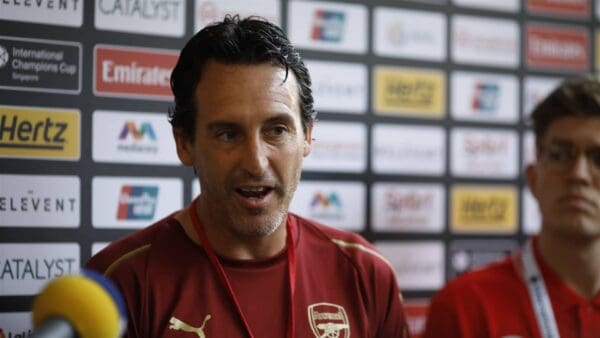 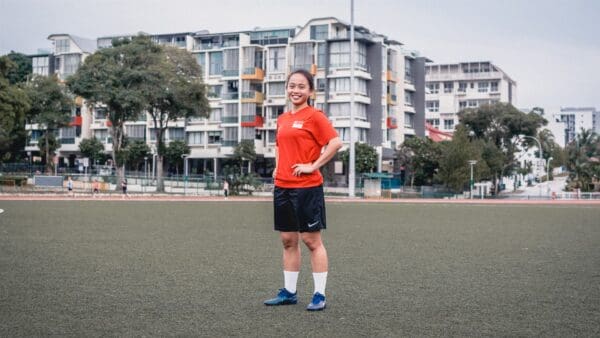 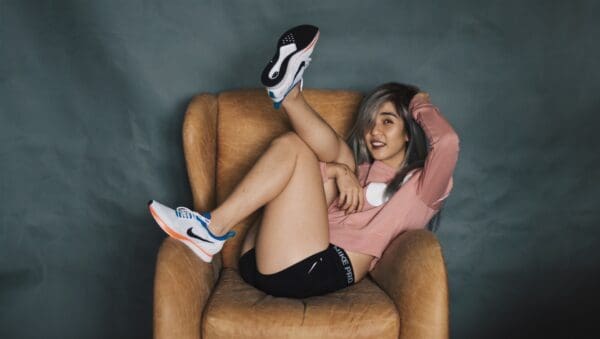