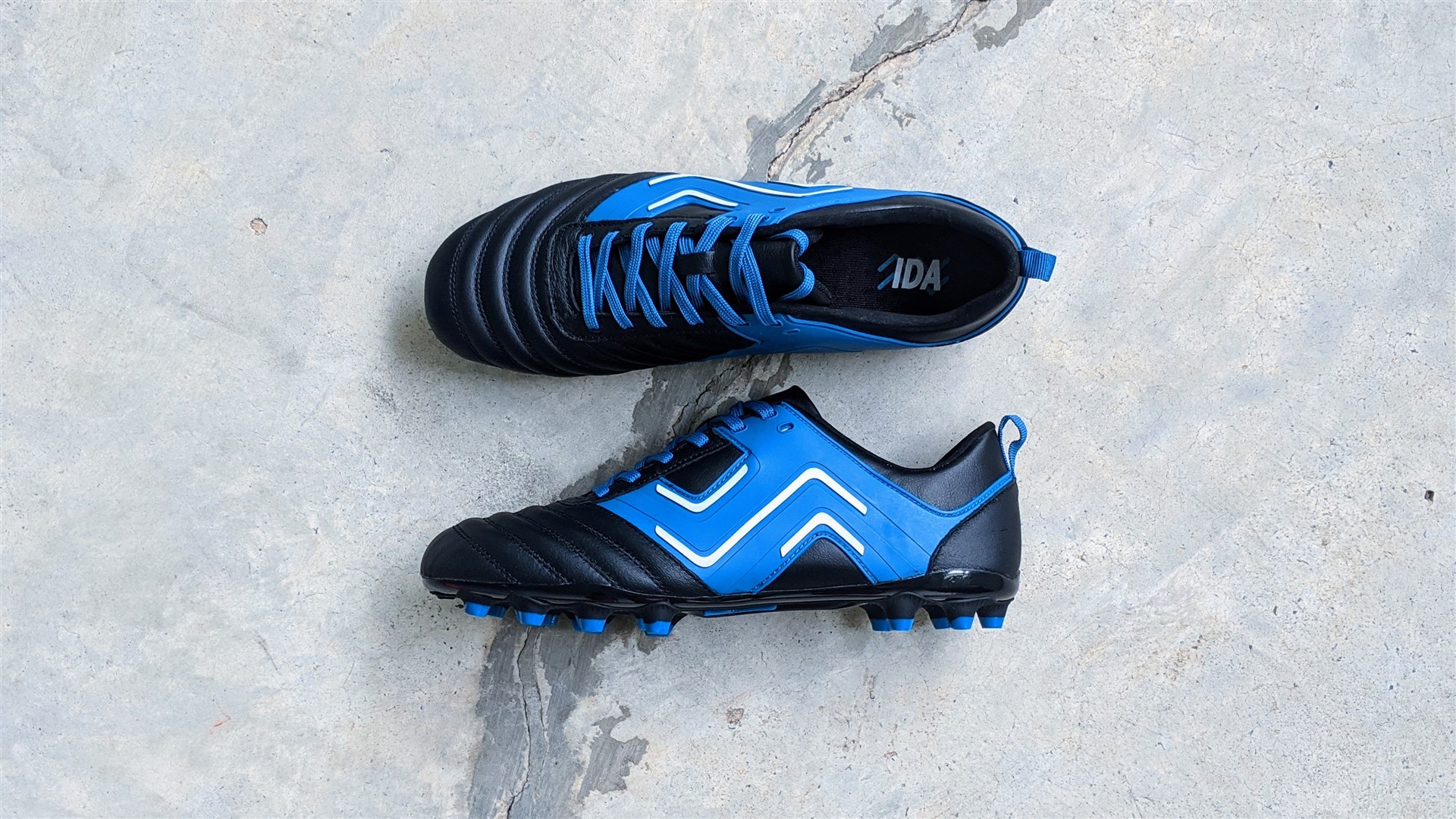 It’s no surprise that women are built differently from men but they’ve often had to wear men’s football boots or worse, kid’s football boots, when taking to the field. Often, the boots don’t fit women as well as they do on men but they make do because… what else is out there for women?

The good people of Ida Sports listened and produced an answer.

Who are Ida Sports?

Ida Sports was founded in Australia and is the creation of Laura Youngson and Ben Sandhu. Laura was an amateur football player who struggled to find a comfortable pair of football boots for herself and soon learnt that women’s feet are built differently than men’s. She met co-founder, Ben, while playing indoor football for “The Galahs” in Australia’s Premier Elite Futsal competition (a mixed gendered Sunday league) and they have both been working hard to find a solution for women’s feet.

With much research, they figured out women’s feet (see images above) and noted the differences that would affect women differently from a bio-mechanical perspective. In general, women’s feet are smaller, with higher arches, wider toes and narrower heels.⁠ Women also have wider hips and larger breasts than men, which affects the centre of gravity and weight distribution across the feet.

This led to the Ida team developing a female specific football boot that was:

Because I’m a man, it would have been impossible to judge and review the Ida football boots myself. We hired the help of 2 ladies who are no strangers to football.

First up, Abirami Naidu – a FIFA International Referee who is a veteran of the game. She’s officiated everything from the Singapore Premier League to international tournaments like Olympics Qualifiers (Women’s Football) and AFC Women’s Asian Cup. She plays football during her free time but as a referee, she is expected to make quick changes in direction throughout the 90 minutes.

Abirami’s go-to boot prior to the review has been the classic adidas Copa Mundial due to the comfort of the leather and the short studs.

Our second reviewer is Shikin Ali – a youth coach and an amateur league player. Shikin plays as a forward and is very fond of quick lateral changes in direction and a cushioned touch to take the sting out of strikes on goal.

Shikin also had problems with men’s boots throughout the years, citing a bad ACL injury in the Nike Phantom VSN FG and soreness in her hips and back after games.

The Ida football boots are a pretty straightforward pair. They consist of a predominantly kangaroo leather upper with a rubberized material that covers the lateral sides of the boot. To the touch, the leather is pretty soft and will definitely break in over a few games. For the most part, the boot reminds me of classic leather boots that are dependable but a little bit on the bulky side.

The leather procured are sustainably-sourced kangaroo leather which is a great to see. Ida Sports claims that “only a small proportion of the total kangaroo population is taken for the food industry, the leather is a recycled by-product that would otherwise end up as waste. They are not farmed but live in the wild from a large, self-replenishing population. As a result no natural habitat is cleared for them. The harvest is strictly controlled by an Australian Government program that ensures no detrimental impact on the kangaroos or their ecosystems.”

Fit is the most important factor in the Ida boots as this is the biggest selling point of their boots – they’re specially crafted for the unique shape of women’s feet.

Shikin, a player with a medium-size build, had no problems with Ida. In fact, she claims that “the fit was perfect from the forefoot, midfoot right down to the heel lockdown. There was sufficient toe room without being too roomy.” This was great news for Shikin as she has slightly broader feet and has issues finding the right sizes in men’s boots. She went true to size in an EU size 42.

For Abirami, who is very petite in build, she noticed that the midfoot was a bit too roomy for her and bemoaned the lack of lockdown there. A quick implementation of the “runner’s knot” alleviated most of the problems on there but we can’t help but think this was developed a little more for the Australian/European/American market where the ladies are of bigger build as compared to those in Asia.

A stronger performer on field

As both ladies took to the field for training (full matches are not permissible due to Covid-19), they were both impressed by the performance of the Ida football boots.

Shikin loved the classic look and how soft the leather felt as she took part in several ball mastery drills that included the short and long passes, dribbles and striking, all with small touches in between. She added that “the boot’s got a nice padding to it when passing and receiving the ball. Striking felt lovely too as it takes the sting away from the hard strikes.”

One room for improvement was for a slightly closer touch to the ball on the outside of the foot. She explained that dribbling “didn’t feel as engaging and it would have been better if the leather was slightly thinner to feel the ball during mazy dribbles.”

Abirami also loved the leather and saw that it had some improvements over her regular adidas Copa Mundial. “I liked the cushioning on the leather but I was surprised at how soft the midfoot felt when receiving the ball. This area features the rubberized synthetic material and it was softer than the Copa Mundial which has midfoot that is a lot firmer.”

And despite the roomy midfoot, Abirami didn’t face any discomforts there. Naturally, she did prefer that the boot shed a little weight.

A key ingredient in the Ida boots is how it affects the bio-mechanics of a woman when she’s playing football. It seems that the fit and the stud pattern were a godsend for Shikin. “For the first time, I ended my training with no soreness in my hips, back and feet,” she shared with me.

Abirami, who is sensitive to stud pressure, could vouch for the lack of any soreness in the same areas. A contributing factor is the 11×5 stud pattern (11 in the forefoot and 5 by the heel) instead of the usual 9×4 configuration in regular men’s boots. This is to evenly distribute the weight (including wider hips and breasts) that are not found on men.

For the first time, I ended my training free of soreness in my hips, back and feet.

Ida ups the comfort factor with the thickest and most breathable foam insole I’ve ever seen in any football boot for the most comfortable ride. Both reviewers also agreed that the stud configuration would get the BOOTHYPE seal of approval for artificial ground and firm ground as they got sufficient traction without being too clingy.

Overall, the feedback has shown that Ida’s first iteration of a woman’s football boot is a success. It has alleviated most of the basic pain points women have when donning football boots though they should be looking into a variant for smaller, Asian sizes.

I feel that a sleeker look with brighter colours could do well to appeal to a younger audience, especially with big brands like Nike and adidas providing endorsements for elite female players. Ida also needs to modernize the design to justify its relatively heavy price tag of AU$239.99.

“I think it’s a great step forward for women’s football. I personally have seen the growth of the sport as a referee during international tournaments and would like to see more women enjoy the game,” said Abirami. Shikin concurred. “I think having a solid football boot in the form of Ida helps influence brands and push them to do better for us women.”

Personally, I think what Ida Sports is doing for women is wonderful. I’ve always been a supporter of getting more women into football. Their Ida football boots are pretty promising for a first iteration and I can’t wait to see how it evolves in the near future.

Final Thoughts
An innovative boot made for women. A must try if you're a woman looking to buy your first pair of football boots.
The Good
Comfortable all round
Plush leather
Sustainably sourced materials
Ergonomically design for women
Amazingly soft insole
The Bad
High price tag for dated design
Not built for petite ladies
8
out of 10
Get 10% off with code "BOOTHYPE10"
Buy now
Football Boot ReviewsLeatherWomen's Football
0 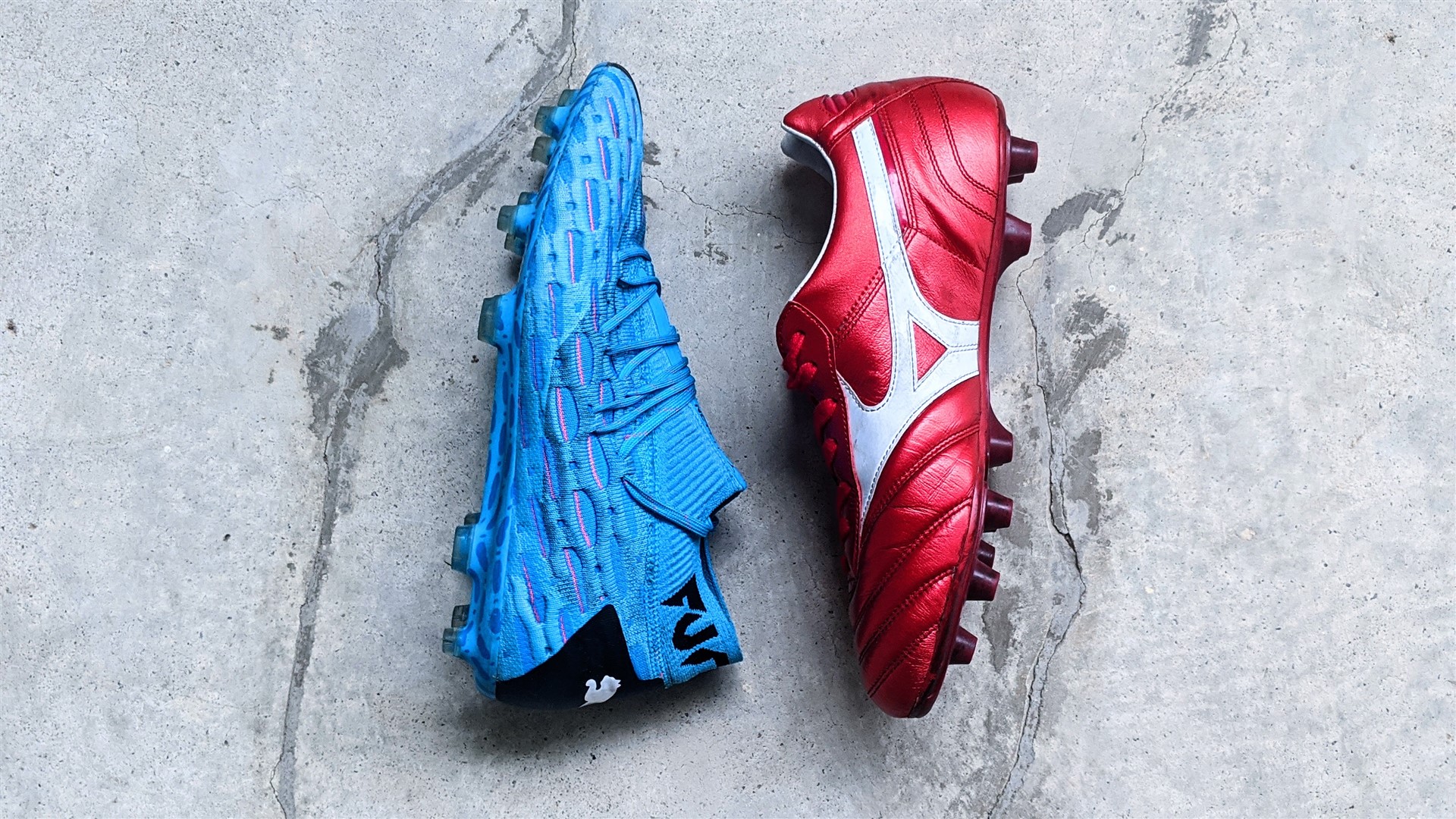