Home > Community > “We want to bring back the old ‘kampung’ days where everyone can socialize.”
0
Search

The Alexandra Football Academy is giving back to the community through free soccer clinics.

Youth academies are all the rage today. Football pitches are packed with kids over the weekend as parents send their kids to football classes at no small expense.

From established European clubs that are serious about technical development to casual Sunday schools, there has never been more options for parents and kids alike.

However, we’ve never met one which conducted classes for free every Saturday afternoon. Who are these people from Alexandra Football Academy (AFA) who sacrifice their time and money for the community? How do we sign up? And the biggest question of them all – why are they named “Alexandra” when they’re based up north in Woodlands?

BOOTHYPE: How did Alexandra Football Academy come about?

James Wong: I’m the President of the club. We started in 2019 and many of us were part of a different setup from 2017-2018. We all love football and I have been coaching since 1986. I believe there is a lot of talent, especially at youth level, but they’re not given the right opportunities to learn and be guided.

Eddy Hirono: All of us love football. I believe strongly in giving back in any way we can. I’m not a rich person but I know I can afford to buy equipment for these kids – footballs, jerseys etc. I can afford to give them my time, my weekends, to coach them.

We all have our own gifts. My gift isn’t in math or science but football is something I can coach at this level. I’m interested to gain my coaching badges to give back to these kids and bring a smile to their faces.

BOOTHYPE: How did “Alexandra” end up in Woodlands, on the other side of the island?

EH: We wanted to be based in town – specifically District 3, in the Alexandra area. The name was to have a connection with the community we were going to base ourselves in. We spoke to some establishments in the locality but after being promised a pitch for the program, they pulled out and we had to scramble to find a new pitch around Singapore.

Yeah we tried to keep costs low so we searched for free fields around the country. We ended up here on this open field that is not occupied by any other activities.

BOOTHYPE: How did you grow from there?

JW: I have to thank our Secretary for making our recruitment a success. It was through his perseverance in placing pamphlets around the blocks near this field. That’s how we managed to get 14 applicants who are with us now.

One of the strongest “marketing tool” is word of mouth between the boys and their schoolmates who get invited to join our Saturday sessions.

EH: Right now we have 4 – 5 coaches but we’re looking to increase the number coaches. This is to ease the workload or expand to operate in more communities. They’re all working on a volunteer basis for Alexandra Football Academy.

The parents have also been supportive and trusting to leave their kids with us on Saturday afternoons. Classes end at 6pm but sometimes we stay back up until 630pm as parents come late. Thankfully, the kids have built up friendships with one another and continue playing together while waiting their parents.

JW: You know, when you see that there is a close bond between the kids, I feel really proud of what we have achieved. It’s also a multi-racial group with local Indian, Malay and Chinese kids with the occasional Filipino players as well.

EH: Our group consists of 7 – 12 year olds though we don’t shut the door on anyone. We are aware that if we pit a 13 year old vs an 8 year old, it might pose a problem.

But we have many drills that get them to focus on basics to get them comfortable on the ball. The students have varied levels of abilities and we try to get everyone on a base level.

BOOTHYPE: Do you have a coaching philosophy?

EH: I don’t have any formal coaching badges. I’m just an ardent fan. I’m actually the President of the Home United supporter’s club.

As a kid, I was a sore loser. I remember someone making a clean tackle on me in a regular game while I was through on goal. My pride couldn’t take it and I turned around and kicked him in the back. In my mind then, I thought that “football was my game and you don’t mess with me”.

I realized that was a horrible way for a kid to think about a team game. I want to make sure none of these kids turned out like me. Winning is important but who you are in life is even more important. I don’t want them to be sarcastic with the opponents just because they lost a game.

When we sign them up for competitions, we’re bound to see some bad behaviour from our students as there is pressure to win. They’re still young and learning, after all. It’s a learning journey and I’ll be there to guide them through that.

BOOTHYPE: Share some challenges you have faced thus far.

JW: Funding is always an issue. We buy and provide the playing kit for the academy. The equipment we use have been graciously provided by our committee Secretary.

Getting a regular pitch was also a challenge at the start. There are many “free to play” pitches which are based in public schools. Technically, any member of the community can come and play during weekend afternoons.

I spoke to the Vice Principal of one of these nearby schools, considering some of the kids in our academy goes to their school. We were not allowed to reserve the pitches for Alexandra Football Academy as the jurisdiction is passed on to the authorities – Sports SG.

We were disappointed especially when we drive past the schools often and the fields are usually not utilized. And here we are, begging for a place. The only downside of playing on this open field is that we have no shelter from the rain. No toilets as well. We usually observe the birds – if they’re around the pitch that means it will most likely not rain. We learnt this playing golf!

BOOTHYPE: How does AFA help with a kid’s development, outside of football coaching?

EH: Kids can get stuck at home and it’s not easy to find people to join you to play in team sports like basketball or football. So there is a chance they stumble upon some bad company to fill up this gap. We want to bring back the old “kampung” (village) days where everyone can socialize and mingle.

We marry both the football coaching and also a strong community, social aspect. In some other academies, if you’re not cut out for football, they might put you into a lower team or ask you to leave entirely.

The AFA committee members are also pooling our money to sign our team for tournaments to get our boys to experience something new – a semi-competitive environment.

BOOTHYPE: How do you feel about the impact of AFA so far?

JW: *pointing an academy player walking towards the field with his dad* When I see that, it brings joy to me that the dad sacrifices his personal time to come down and attend his son’s training. As a coach, this is the greatest thing I can ask for.

The Alexandra Football Academy conducts their sessions every Saturday from 430pm at the open field adjacent from [email protected], 39 Woodlands Close. To enrol your kids or donate some of your football gear, you can reach out to them on Facebook. 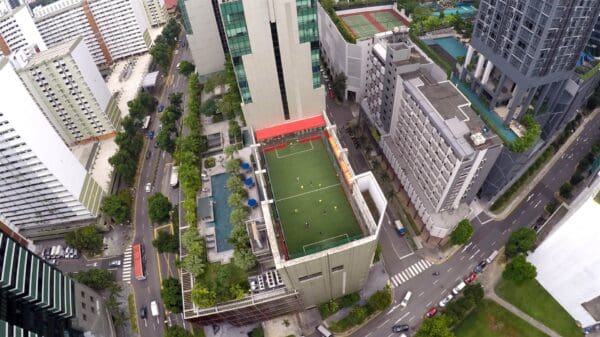 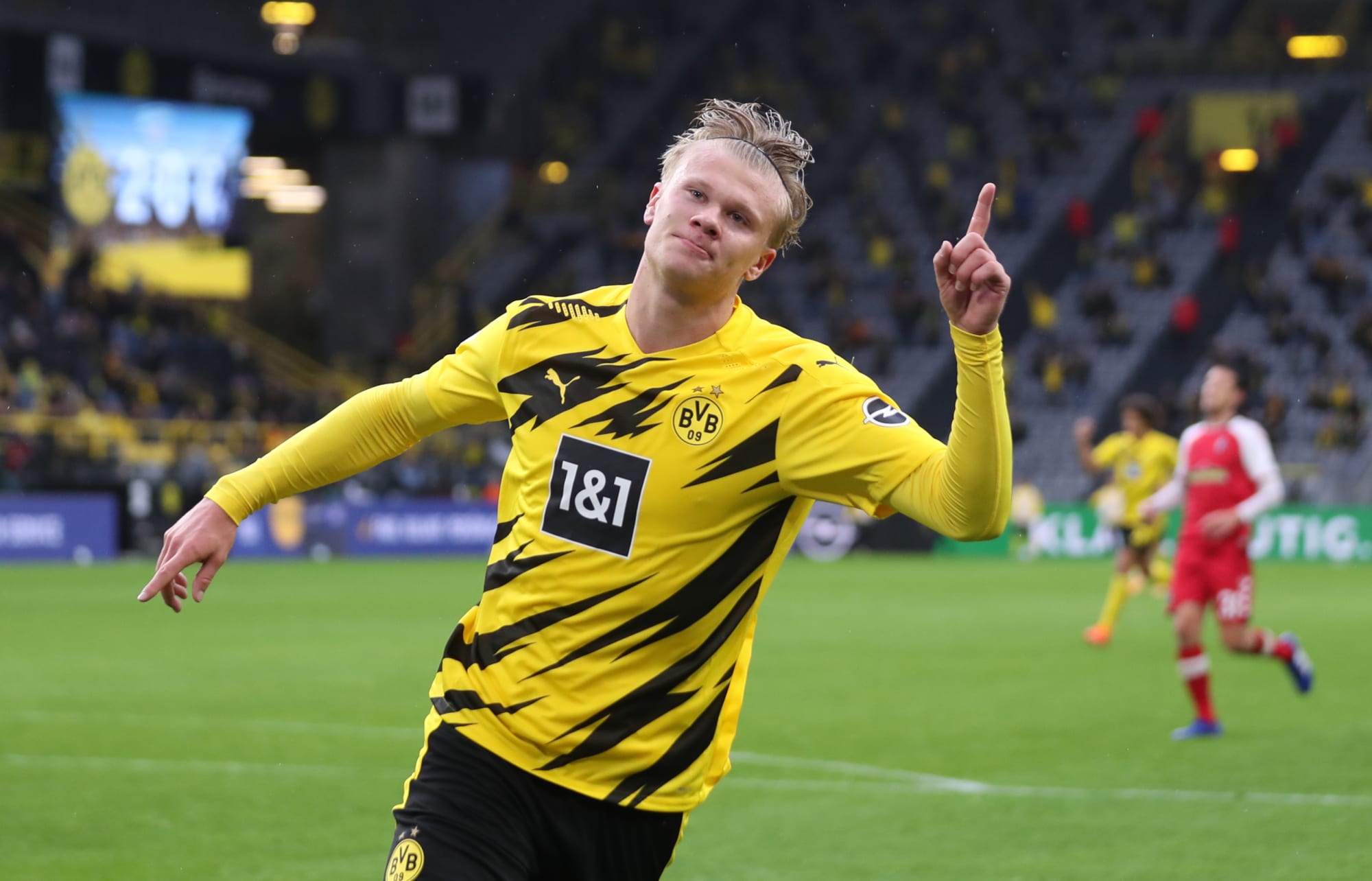