Singaporean freestylers taking it from the local streets to Sporting CP.

Terence Ong and Terry Lee, Singaporean freestyle footballers, looked very different on the day of interview as compared to when I first met them at an adidas event a month back. They were called the “Urban Street Team” and were invited to play a game of 5v5 with other influencers (like yours truly) to promote the adidas Copa 19. They had their array of skills on show with pannas, step-overs and heel tricks in full flow.

Fast forward a month and we meet again in a quiet corner of Bukit Timah where they’re barking out orders to young kids on a hot Saturday morning. The flamboyant air of a street artist gave way to the nurturing but firm demeanour of a drill sergeant.

Terence and Terry are technical directors at the Singapore branch of the Sporting CP Academy and coach youth football full time. What made them go from “Street Team” to soccer coach? We speak about their passion for the game.

BOOTHYPE: How did you guys get started with freestyle football?
Terence Ong (TO): We started Urban Street Team about 10 years ago. Terry and I met at a freestyle performance. This was before “freestyle soccer” was popular. Everything was self-taught up ’til where we are today.
Terry Lee (TL): I started when I watched the “Pepsi Challenge” commercials which has superstars like David Beckham and Dwight Yorke doing skills and I picked a ball up and attempted to do the same.

BOOTHYPE: Do you guys still perform as “Urban Street Team”?
TL: Occasionally, but the market is quite saturated with freestyle footballers. Many of the event companies we’ve worked with have gotten to know us already and the demand is not as high today. There are some big events like the ICC or an adidas product launch where we get hired to perform but we don’t do freestyle as often anymore.

BOOTHYPE: How did you move from freestyle to setting up the Singapore branch of the Sporting CP Academy?
TL: Three years ago, we started doing personal coaching. We realized that there was a demand for kids to learn ball skills, ball control and to learn more about football. I think Nike and adidas ads with football stars have contributed to an interest in football.

We met our business partner through such a session as we were coaching his son. He said he knew someone from Sporting CP and linked us up. Their technical directors came over to screen us before we were formally accepted to the setup.

BOOTHYPE: What was that screening process like?
TO: They wanted to know who we were and what we did for a living. They wanted to know about our football knowledge. Their team then spent a week with us which included practical and theory lessons. I’m proud to have been approved by Sporting CP to lead their academy in Singapore.

BOOTHYPE: What kind of challenges did you face when starting out?
TL: Brand awareness was a challenge. In Singapore, there’s the Chelsea, Barcelona and Real Madrid academies. They’re big names and parents do get drawn to them. Some of the younger boys may not know Sporting CP. But as soon as parents started interacting with us and took a look at some of the sessions, they knew we were different and could aid their kids in becoming better footballers. Word of mouth referrals helped us grow from there.

BOOTHYPE: The Portuguese are known for great youth development. What about the Sporting CP curriculum stands out for you?
TO: We spend a lot of time getting the child to understand football holistically. Coaches usually tell the child what to do. With us, we guide them to make the right decisions. There are many steps to reach a goal and we get them to think about all the steps needed to get there as a team.

BOOTHYPE: Do some of these kids in your class get opportunities to play for Sporting CP?
TO: We have weekly calls with the technical team in Lisbon. We share a lot of information on the talents in our classes and they take note of them. There are are few of our players on their radar.

Every year, we travel to Portugal with our Singapore based students. It’s for a 1 week training program where they live and train in the actual Sporting CP Academy alongside the youth players. They share the same canteens, dormitories, training area etc.

Parents are not allowed to visit save for the first day to tour the academy and take a look at their kids train for 1 session. It’s not an excursion but an experience for the kids. The scouts do keep an eye for talent from our academy players.

One of the recent batches was really lucky to have met Nani at the training centre!

BOOTHYPE: What do you discuss in your regular calls back to Sporting HQ?
TL: We share details of the classes and they continually assess our coaching abilities. They want us to coach kids the “Sporting way” and our sessions are all recorded. They’re very particular about coaching.

When we were in Lisbon for these student trips, it was also an opportunity for their technical director to take a look at us (the coaches). Observing the other coaches in Lisbon has also helped us improve in our abilities. We take pointers from the way they give instructions and engage with the kids.

At this point, we had Paulo Olivera, Terence and Terry’s partner at the academy joins us for the chat.

Paulo Olivera (PO): We keep a very close watch on the players we have. Our first and most important priority is to find players for Sporting. In Singapore, it’s difficult with National Service but our aim is football education, not to sell t-shirts or market a brand.
TO: The trip to Portugal is also a very big test for us because the things that their coaches talk about should be aligned with what we’re teaching back in Singapore.

In the last trip, the kids were telling me “Coach, the coaches here are telling me the same thing. We have already learnt all these classes.” I was glad to hear that as it showed that nothing we taught was foreign and we were on the right path as coaches.

BOOTHYPE: I’ve noticed that many of the 8-12 year old kids in your class are wearing the latest top grade boots from the adidas Copa 19+ to the Predator 19+. Do kids these days perceive boots differently from when you were much younger?
TL: Definitely. The rise of social media and marketing has exposed them to different boot models out there. They’re influenced by the likes of Messi and Ronaldo wearing these cool shoes. It’s the kids who demand them and the parents oblige.

PO: It (football boots) is an obsession with all the kids. More here in Singapore than anywhere else in the world. A Brazilian kid doesn’t have that kind of money. It’s a mindset that is not healthy. It creates the perception that they’re got the best boots, and that makes them the best player.

BOOTHYPE: How do you as coaches manage that culture shift in this younger generation?
TL: We can’t stop them buying boots but in training, we have to keep their attitudes in check especially when we sense arrogance.
PO: The Sporting academy’s philosophy is to raise gentlemen and as part of that is humility and respect. It is about development. Doing the right thing at the right age. Peaking at the right time. Not about elitism.

BOOTHYPE: How are parents helping their kids with their football education?
PO: Parents forget sometimes that a child’s development is not a race. Many parents, not just in Singapore, believe that their child should be brilliant by the age of 10. Everyone develops differently and the pressure from the parents pushed onto the kid can be intense. This is something we try to educate the parents on. It’s ok if your child is in the second team. It’s ok if he doesn’t make the team at all.

A lot of kids stop playing football from the pressure by the parents. A parent would never go into a classroom and tell a math teacher that a kid should deserve to be in Secondary 1 when the kid doesn’t have the mindset or could comprehend the principles that have been taught. And parents aren’t allowed in the classroom. But in football, the parents can watch from the sidelines and that creates pressure for children.

BOOTHYPE: With your coaching philosophy so defined, is it hard to find new coaches?
TO: Finding new coaches is easy. Finding ones who are open to learning can be a challenge. Including Terry and myself, we have 4 full time coaches and 2 part time ones. We have been blessed with a team that is always willing to learn and try new things.

Some coaches will try to teach players based on how they perceive football. But at Sporting, we have a philosophy based on technical ability no matter what position you play. Your first touch has to be good and we work on your weak and strong foot. And with that, you can play in any position.

Thank you to Sporting CP Academy Singapore for this interview. Visit https://www.sportingsg.com/ to sign up for a session with the team. 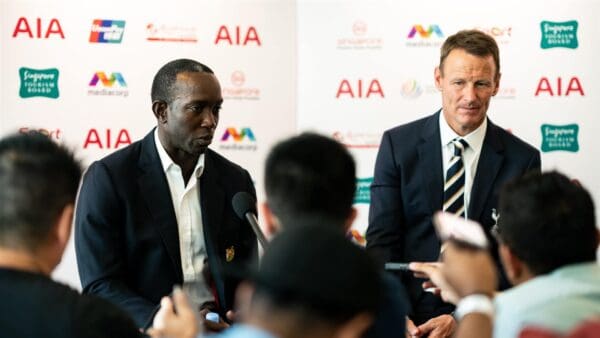 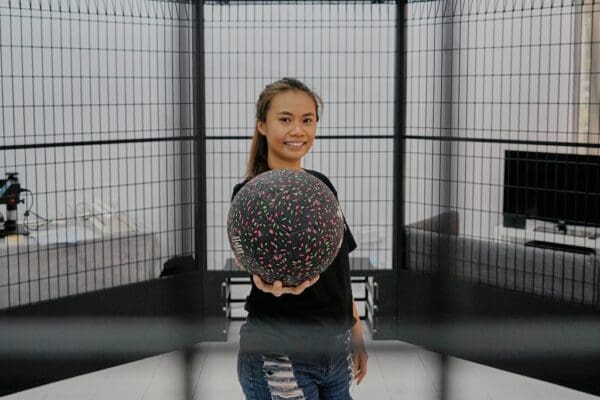