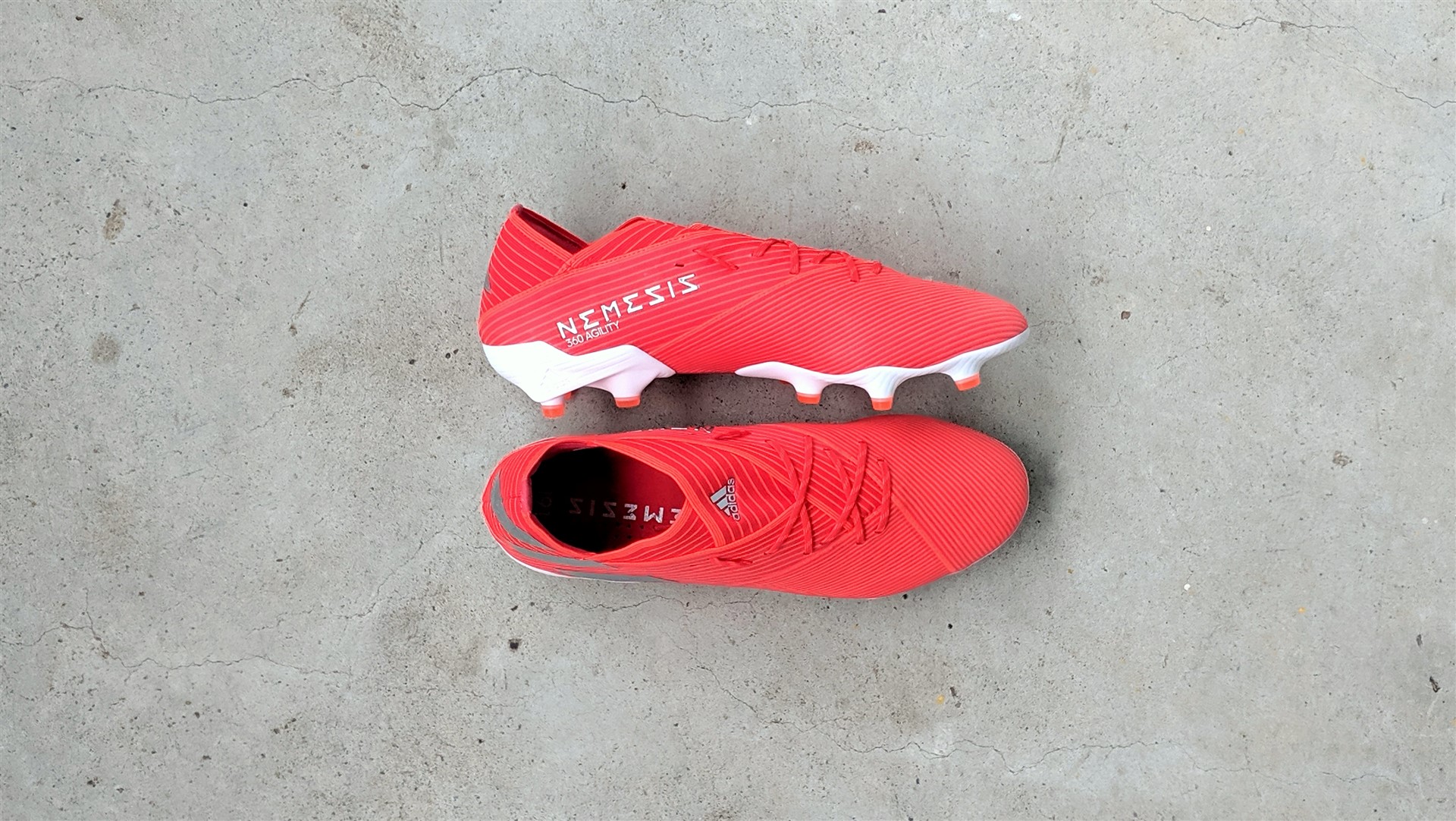 8
out of 10
Check for the best prices below
adidas.comProdirect SoccerLovell Soccer

Is the Nemeziz agility tape concept still relevant to the modern forward?

I’ve always been of the opinion that adidas aren’t doing themselves any favours with having 4 silos. To some extent, I’d merge the X and the Nemeziz, because of how similar the positioning of the 2 boots are.

The Nemeziz has got its “speed” DNA because the idea of tape giving you better lockdown and agility, ala ballet dancers, does sound convincing. I don’t disagree, but the X series have been a far better performing boot over their Nemeziz cousins for some time.

To remedy this, adidas have gone all in to the tape concept, giving us the Nemeziz 19.1 in its most pure, unadulterated form. Buckle up boys and girls, you’re in for a ride.

First launched back in May 2017, the Nemeziz was inspired by the process of taping that athletes in combat sports and dancers perform, in part for added stability and agility. The idea of the boot was based around using adidas’ “Agility Bandages” to wrap around your foot for maximum lockdown and stability when making sharp movements on the field.

This in turn allowed you to be as agile as possible, with a low profile collar, that didn’t get in the way.

In all honesty? Not much. The core elements around bandages wrapping your feet remain, but the execution is far more refined and improves upon its predecessors.

Gone is the AgilityKnit 2.0 from the adidas Nemeziz 18.1. In its place is the new Tension Tape system that wraps around the entire boot and forefoot. Unlike its predecessors, adidas done without a layer of foam under the Tension Tape, so the tape is all that separates your feet from the ball.

This means that you get a sharper, barefoot touch on the ball, a far cry from the previous Nemeziz 18.1 which felt much more padded. However, one small barrier stands between you and a razor sharp sensation – the roomy toebox. It’s surprisingly wide too for a boot that’s a “speed” boot which often prides itself on shrink-wrapping itself all over your feet.

adidas have also changed up the stud layout, combining the best of the half-moon studs and the Messi Gambatrax triangular studs, into oval shaped studs that allow for better maneuverability on pitch.

The TorsionFrame has also been retired for a new split-sole design that adidas calls Torsion System technology. It’s a stiff (I’m using the term neutrally here) and responsive soleplate that reminds me of the old Nitrocharge 1.0.

Whose Nemeziz Is It?

I’ll admit straight up, I was not a huge fan of the Nemeziz 18.1. While I was in that niche market which favoured a lightweight construction with a padded upper, the boot would overstretch after some breaking in whilst the stiff upper construction around the lace area prevented the boots from tightening up and locking up properly.

The new Tension Tape unequivocally resolves this problem in the Nemeziz 19.1 as it’s a relatively stretchy, yet tight fitting material that provides a locked-in feel that is complemented by the laces.

Of course, the true test of an agility boot and the Tension Tape system comes when making quick cuts and turns. The best compliment I can give it is that I always felt stable and locked in, without the tape feeling in the way.

The magic really happens, when you get the ball on your feet. The Tension Tape upper seems to have that magical sweet spot of being neither too thin, nor too thick. You won’t turn into Messi of course, but I did feel capable of pulling out one of those trademark Messi toe touch dribbles when I got the ball.

Shooting and passing with the Nemeziz 19.1 felt clean and true, providing a barefoot feel and touch. My only complaint is that the upper is fairly slick, and in wetter conditions I’d appreciate a grip element, not unlike the Non-Stop Grip tech found on the Nemeziz 17+ upper.

As someone who favoured the Messi Gambatrax pattern over the half-moon shaped ones, I really enjoyed moving around in the new stud layout. Sure, you sacrifice a little bit of that push-off bite, but that’s why this is an agility and not a speed boot. Chopping and changing directions were never a problem and I’m happy to report this is yet another excellent FG/AG outsole from adidas.

The split outsole though, is where things get trickier. I ran into some minor foot cramping issues due to how stiff the outsole was initially, but that went away fairly quickly once I broke them in. The outsole is stiff, providing a nice snapback when you’re running in general.

It really reminded me of the Nitrocharge, which was marketed as an ‘energy’ boot, with the snappiness of the soleplate resulting in less energy loss during runs. While this made sense for a concept like the Nitrocharge, it feels really out of place on an agility boot. It’s a curious decision to place such a stiff and weighty soleplate on a boot that supposedly makes you more agile.

The weight of the entire boot is also a (minor) concern at 226g. With an agility boot, you’d want to be light on your feet. Instead it feels bottom heavy, with the soleplate weighing down the boot’s very light upper.  The Nemeziz 18.1 found a niche target audience who wanted a lightweight yet padded boot. The Nemeziz 19.1 flipped the script literally, giving you a weighty yet barefoot feel.

And then of course there’s the elephant in the room – the split sole design looks very similar to another speed boot on the market, the Nike Mercurial Superfly 360 Elite. adidas may have done the split sole design previously on their Predators, but the current implementation feels like more of a fashionable decision rather than a functional one.

On the Mercurials, it facilitates the anatomical fit construction with the added strobel. On the older Predators, the weightier, punchier feel was welcome on a power boot. But on a boot made for quick cuts and turns, they might be better off avoiding the split sole design altogether.

No Longer My Nemeziz

The Nemeziz 19.1 is a solid boot that I thoroughly enjoyed using and one that I’ve added to my rotation. However, there are a lot of other boots in the market that might fit your needs better. If you want a lightweight speed boot, the adidas X19.1 is an equally good shout, with a lighter outsole. Prefer a barefoot feel? The Nike Mercurial series has got you covered with an excellent anatomical soleplate.

Most midfielders I know that enjoy a weightier boot would also prefer a padded and protective upper, which makes it difficult to look past the adidas Predator or Copa 19 as options.

Unfortunately, the Nemeziz 19.1’s identity crisis worries me that it might go down a similar route to the Nitrocharge – a boot which had too many similarities to another boot silo within the adidas stable.

It is an absolute shame because the Nemeziz 19.1 is legitimately one of my favourite boots of 2019 but I think many players would prefer a boot that is much clearer in its identity with features that don’t impede its concept. Change out that outsole and we would be talking about one of the best boots of 2019.

Special thanks to the good people from adidas who provided us with a review set of the adidas Nemeziz 19.1.

A boot with an identity crisis – adidas Nemeziz 19.1 Review
Final Thoughts
A well-performing boot, if you're in that niche category of liking a barefoot yet weighty boot.
The Good
Good lockdown
Tongue area stretches comfortably
Clean barefoot touch on the ball
Responsive soleplate
The Bad
Bottom heavy
Upper is too slick when wet
8
out of 10
Check for the best prices below
adidas.comProdirect SoccerLovell Soccer
AdidasFootball Boot ReviewsMercurialNemezizPredator
1
11

[…] It was definitely a sharp pivot from the more minimalistic modern boots out there like the Nemeziz 19.1 and the Nike PhantomVNM. The thicker upper also ensures slightly better protection although it’ll […] 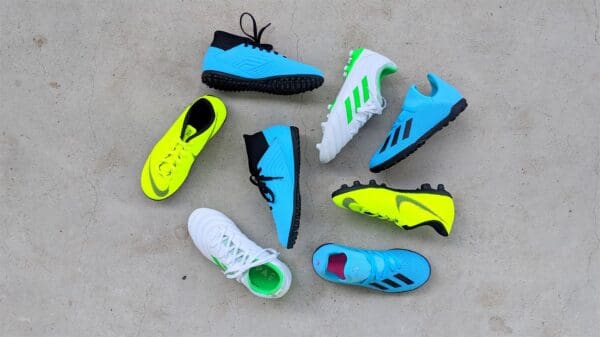 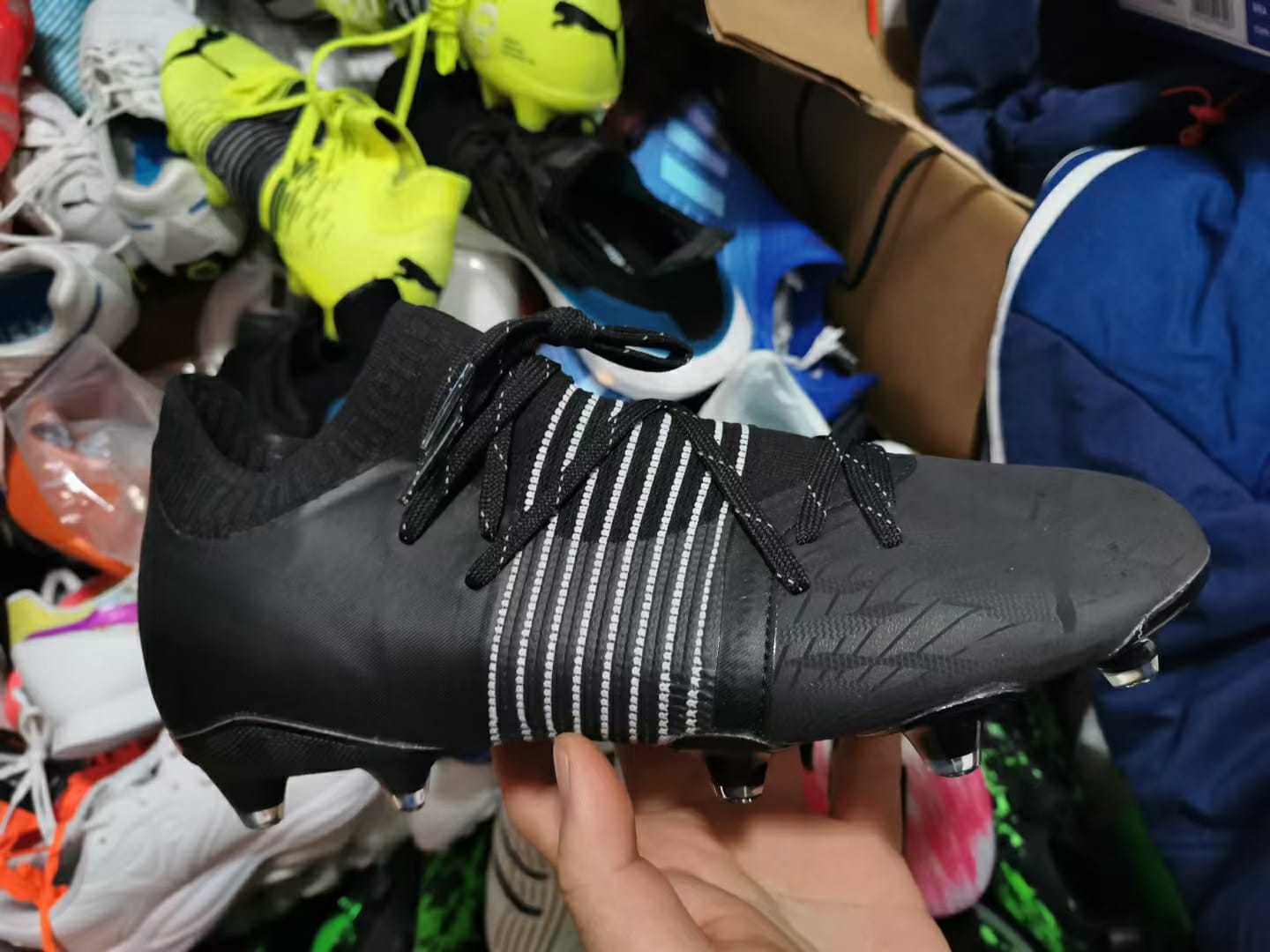