Home > Community > “I want girls to think that they can be somebody in football.”
0
Search

Ash Hashim on blazing a trail in the football world as a female agent.

The football world has been slow to change, especially when it comes to women being a part of the ecosystem. Just look at the awful treatment Alex Scott has had to endure for being a female Sky Sports pundit and you’ll come to the realization that it’s got some ways to go to accepting women.

Ash, also known as “Futbolita”, is a kindred spirit in these parts of South East Asia. She’s challenged society’s expectations to firmly lodge herself in the footballing ecosystem as one of the most knowledgeable professionals in the business.

A FIFA-certified agent, event presenter and role model for women. We speak with this triple threat on her journey here and her career aspirations.

BOOTHYPE: So what does your company, “Futbolita”, represent and do?

Ash Hashim: “Futbolita” represents the voice of women in football, whether as a journalist, presenter or an agent.

BOOTHYPE: How did that get started?

AH: I started as a journalist at The New Paper in 2008. I got to meet a lot of footballers through writing like the Brazil Olympics team and Fernando Torres.

It was tough in 2008 as (the football industry) was even less accepting of women in the football world than they do today. But I had good editors who supported and mentored me. I appreciated it but I also wanted to do articles which I enjoyed. Mostly gossip and lifestyle news within the football world! And that’s when I started my own blog on WordPress.

My editor found out about the site and said “Why aren’t these in the paper?”. That’s how the weekly “Futbolita” column got started in The New Paper.

BOOTHYPE: So what happened after writing?

AH: I had a lot of opportunities then. To be a presenter and do punditry. I was also hired by the Spanish Tourism Board and Qatar Airways to cover events like the U-17 Women’s World Cup. This immersion into football made me love it even more.

I wanted a role within a club but couldn’t find a way to get there despite being well connected through journalism. I decided to go for my FIFA Player’s Agent License as a way for me to be further involved in football.

BOOTHYPE: Tell us more about getting your certifications

AH: It’s essentially an exam which tests you on the laws and policies that affect the football industry. You can only take it at your country’s footballing association so I did mine at the Football Association of Singapore (FAS).

You’ve got to learn things like calculating a player’s compensation, understand EU’s employment laws, each member association’s policies etc. I met a fellow agent at the previously mentioned U-17 World Cup and he offered courses to coach me through this exam.

On the day of the exam, I was the only woman in a room of 20. Someone asked me, “Are you in the wrong room”? There’s only a 6% pass rate. Guess what? I topped the class. I put in so much effort to prepare for the exam for close to a year and I have to thank my mentors who helped me through this journey.

BOOTHYPE: How were your first days as an agent?

AH: Once you become an agent, you get listed on the FIFA website. I started getting calls every day from all over the world. It was overwhelming and I had to get a second number for work. Good thing is that many players who knew me from my writing days called me to find them a new club after finding out that I was now an agent.

I’ve come to learn that the football world is a shark’s world. My first deal didn’t go through because another agent wanted to cheat me of my commissions. This is more common than many people may think.

BOOTHYPE: Were many of your early business in South East Asia?

AH: Funnily enough, I get a lot of calls from Europe and Africa. Many want to come to Singapore to play football because of the misconception that we’re a very rich city and that there’s a lot of money to be made from playing sports in Singapore. Singapore’s a great country but not for football.

It’s not just about the money. Some also look for adulation and status. To seem like a big fish in a smaller pond and be recognized in a new environment. They think they will be treated like rock stars, visiting Marina Bay Sands every weekend, hitting the clubs every night etc.

I’m always honest with them and tell them the truth about football here (Singapore).

BOOTHYPE: Were there any challenges being a female agent?

AH: Some of them try to be funny with me. Knowing I’m a woman, they’ll tell me that they’ll “take care” of me. I always tell them off.

Sometimes, maybe because I’m a woman they’ll try to use a bit of emotional blackmail. They’ll tell me that they have a family to provide for and if I don’t get them the contract, I’ll be letting the whole family down.

There are always agents who claim they want to co-broke a deal and split commissions but cut you off at the end. I was lucky to have met an ex-player called Fabio Lewis, who was one of my first business partners who would recommend players to me to get me started. He was very honest and we still get on well until today.

I have managed divas too. Players who don’t want to go on trial. They’re not Zlatan! A lot of my job is to bring players back down to Earth. Logistical and admin work also take up a big chunk of my time.

AH: I make sure they settle in well in their new environments. One of my clients, Izwan Mahbud, has never left Singapore for his career. Now he’s signed with Thai club – Nongbua Pitchaya. It’s not in the city, it’s a small town. It’s a big deal for us who lived in a city our whole lives.

Izwan was recovering from a minor injury and had a cast on his hand for protection. He was only 1 week away from being fit but his fitness coach thought I tried to deceive them on Izwan’s fitness when signing the deal. I had to convince them that it was not a major injury.

Many are quick to assume agents are “cheats” so there’s a lot of people management I have to do on behalf of my clients. They can withhold sign-on fees and commissions because of misunderstandings like these.

I visited his first game and I was really proud he kept a clean sheet.

AH: (A lack of) Height could be an issue. Many of them are scared. They’re afraid of failure and looking stupid. They’re lacking in confidence. But sometimes, European clubs can be exploitative and give our players a really poor deal too.

We don’t always have to look to Europe for success. Asian football needs a bit of time and belief and we can improve.

BOOTHYPE: As part of Futbolita, you also present at events. Tell us more about that.

AH: Yeah I had broadcast experience doing shows for Starhub, Astro and Eleven Sports. I was also working with PSG last year during the ICC in Singapore.

They found me on Instagram and they liked me. They wanted me with the team for their shows, like an ambassador. I’m a fan of the PSG women’s team from the very beginning. We did vlogs as well as I followed the team around Singapore.

I also had a chance to go to Borussia Dortmund to host some shows and do vlogs. I had a great time there, meeting journalists from around Asia.

BOOTHYPE: Who are your biggest inspirations in life?

AH: Marta, the Brazilian player. I grew up watching her. My mentor, Eslinda Hamzah. There are a lot of women who had to achieve things in a male dominated world and they get my respect. Women have to fight 3 times harder to get recognized in football.

BOOTHYPE: Finally, after many years in the game, do you have any favourite jerseys in your wardrobe? 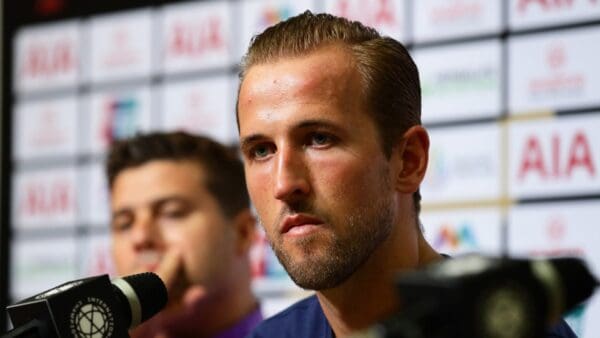 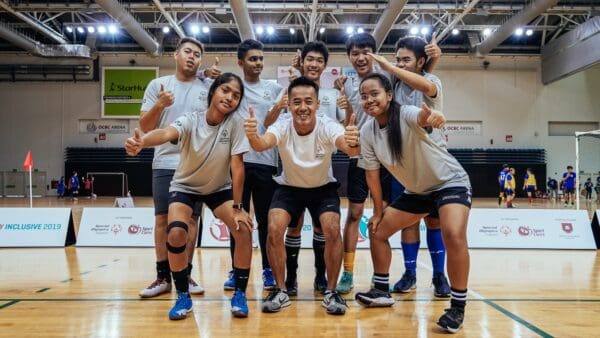