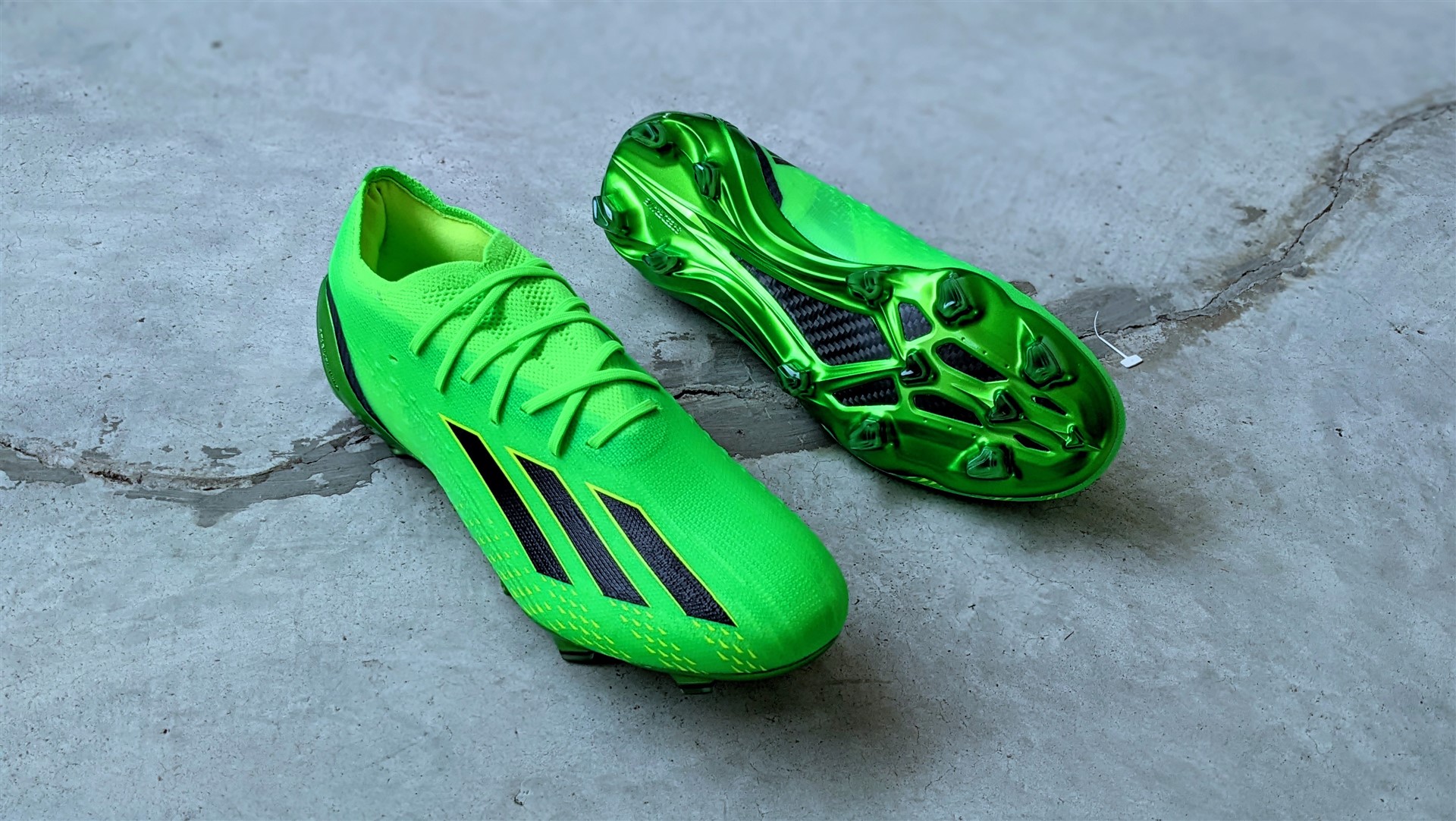 Still one of the best speed boots out there

The adidas X Speedflow.1 wasn’t just one of the best football boots on the market. It was arguably one of the best speed boots of all time, delivering everything that you wanted from a speed boot at the highest level.

This also meant that following up from it was always going to be a difficult task. With the newly minted adidas X Speedportal.1, the three stripes opted to refine the technology that made the Speedflow great, instead of reimagining their speed silo.

Does evolution work better than revolution for the X? Let’s find out.

The X Speedportal sees 4 main evolution points from its predecessor – the Speedskin 2.0 upper, Speedframe 2.0 outsole, its stability wings and the new heel.

Right off the bat, the first change that hits you, is just how much tighter and structured the upper feels, thanks to the new Speedskin 2.0. You’ll definitely need to invest some break in time before it gets to a level of comfort.

Keeping you locked-in is the theme of the Speedportal silo, with the new stability wings around the heel also adding to the structured feel of the boot. It gives you the same stability that a full external heel counter does, but at half the size which lowers the weight of the boot. The heel padding formula has also been tweaked, to catch your heel even better and provide extra comfort.

Finally, the famed Speedframe outsole sees the tooling enhanced, giving us even more of that superb carbitex insert, which now runs through to the midfoot instead of just covering the forefoot.

Wide footed friends rejoice. We previously found the X Speedflow to be a very widefoot friendly boot, even going as far as to crown it the new “People’s Speedboot”. The new Speedportal, however, seems to have gone one step further, with an even wider forefoot and a higher toebox, making it one of the most wide foot-friendly boots on the market.

To balance things out, the midfoot has a tighter fit, giving you a much more locked in and traditional speed boot feel when combined with the more structured upper. And speaking of that Speedskin 2.0 upper…..

Breaking in the adidas X Speedportal.1

What adidas giveth, they have also taketh. You’ll need to invest two to three training sessions for the boot to really soften up. I went for my tried and trusted “boot bath” method which significantly shortened his break in time.

Once broken in though, the X Speedportal.1 is a different animal. It tows the line between comfort and structure. It’s not as comfortable as the X Speedflow but definitely a smoother ride than the X Ghosted.

A welcome addition to the boot is the 3D texture bumps along the instep and outside of the boot. They are supposed to give you a more tactile feel when dribbling the ball. You don’t quite feel it during the thick of the action, but in wet weather, it does help to add some grip to the ball by making the upper feel less slick.

It shouldn’t come as a surprise that the touch on the ball is a very raw and true one. There’s barely any material between you and the ball, so technique is key here. Strike the ball true and it’ll fly, thanks to razor-thin upper, transferring power from your foot to the ball without any energy wastage. Hit it with bad technique and you’ll be feeling the sting.

You better have quick feet

The trump card up the X silo’s sleeve in recent years has undoubtedly been the carbitex insert. It’s one of the few boot technologies over the past years that feels practical in game scenarios. So it should come as no surprise that adidas has doubled down on this, lengthening the carbitex insert on the new Speedportal.1 tooling from the fore foot through to the midfoot area.

Having said that, the tooling surprisingly felt less responsive and snappy when compared to the X Speedflow and X Ghosted. We’re still huge fans of the tooling, and it’s still one of the snappier forefoots on the market, but there’s just something different about this variant of it.

Where we’re less enamoured with though is this new slant that’s present in the tooling. You’ll find the instep higher than the outside of the foot which may affect the biomechanics of how you run.

The X Speedportal.1 is supposed to mimic a sprinter’s spike, and that slant is supposed to keep your foot in a sprinting form, or at least help you to run faster. But considering that I’m playing in my 30s, I would have preferred a simpler and flat tooling that doesn’t affect my running biomechanics and reduce my chance of picking up an injury.

We’re starting to see brands move away from their focus on straight line speed, shifting instead towards the importance of both acceleration, deceleration, and sideways movements. The new stud pattern on the X Speedportal.1 also reflects this change, with the studs feeling grippy when pushing off, yet comfortable when rotating and changing direction. While it’s lost its FG/AG tag, we found it to be much more AG friendly than the previous tooling, and one we’d be more than happy to recommend for use on both FG and AG pitches.

Your opinion on the new heel construction will also come down to personal preference. For me, the new heel padding caught our heel better than the previous models, but lovers of sleek speed boots may not like how thick and padded it is. Functionally, it works very well and I like it.

Evolution for the X line

The Speedportal is still the speediest feeling boot out there, thanks to the incredible carbitex tooling that just propels you forward and gives you that extra boost when pushing off. Placebo? Maybe.

But in a game of football when every bit counts, the Speedportal continues to feel like it adds that bit to your game.

Where the boot could use some improvement for me was the fit and feel on fit. The extra roomy toebox means that I never got that skin-tight fit in that area for that signature ball-to-foot contact that I tend to associate with these speed boots.

So while I can’t call the Speedportal an upgrade, it’s definitely not a downgrade either. Yes there’s some break in time required, but it’s definitely worth the patience as you get a very speedy feeling boot, and that incredible carbitex tooling.

Having said that, the speed boot market is an incredibly competitive one, and we can’t help but feel like the X silo has lost its USP with this upper change. The X Speedflow’s super soft upper out of the box was a genuinely in a league of its own, and we’d love to see it make a comeback in the Speedportal’s successor.

Who is this for?
Players who like to feel light and fast on feet.
The Good
Snappy carbitex tooling
Light weight
Sleek design
FG/AG friendly
The Bad
Slanted tooling
Stiff upper
Break in time required
6.5
out of 10
Check out the best prices below
adidas.comSoccer.comProdirect SoccerAmazonUnisport StoreLovell Soccer
AdidasFootball Boot Reviews
1
0

Last edited 4 months ago by dani
7