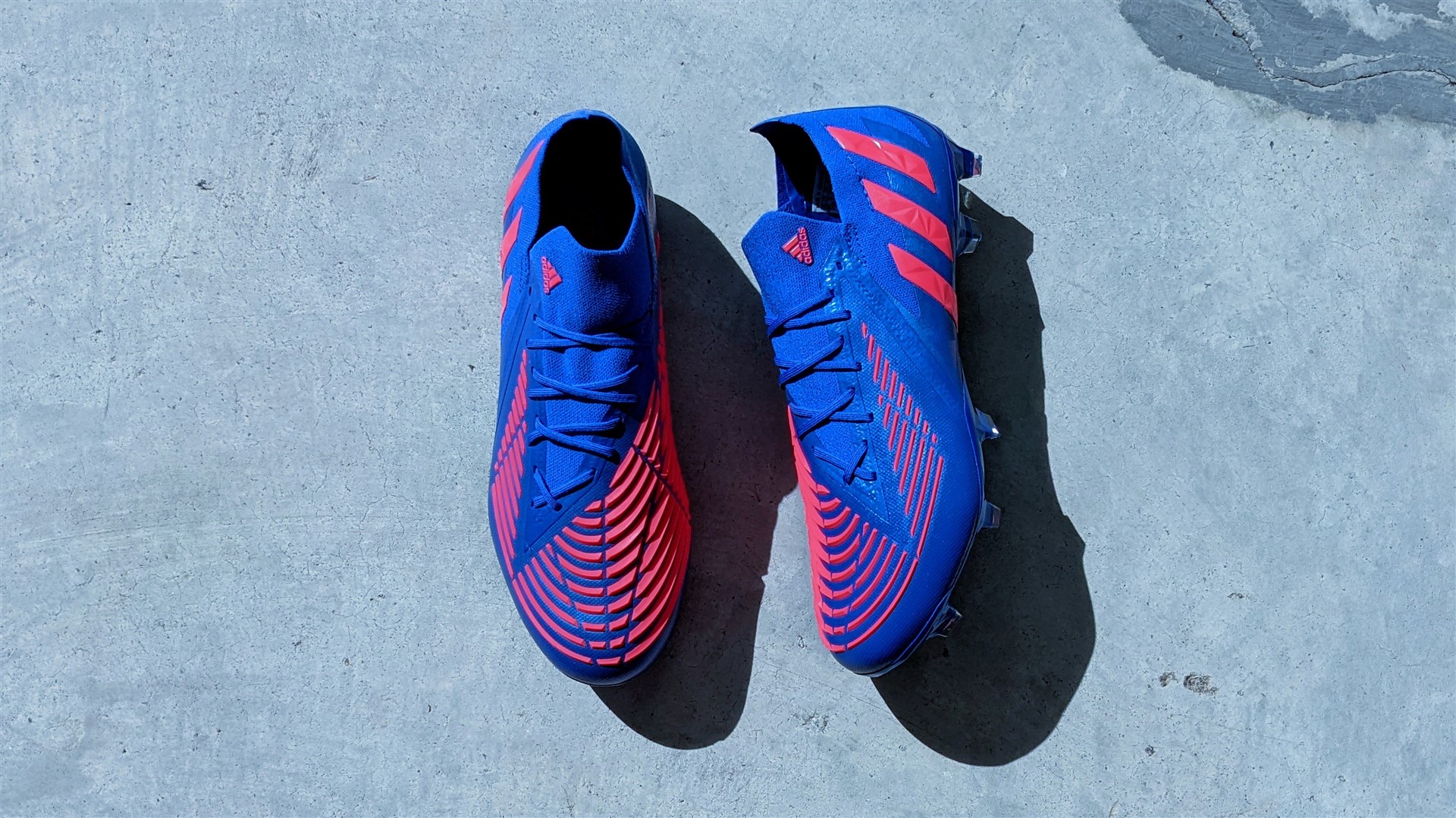 8
out of 10
Check out the best prices below
adidas.com

A throwback to adidas Predators of the past.

Football boot enthusiasts have never been able to agree on what makes an adidas Predator. Is it the solid built of the late 90s and early 2000s ala Accelerator and Mania? Is it all about the grip? Or is it about its bruising good looks that you make you stand out on the pitch (here’s looking at Zidane’s gold preds in the World Cup).

It is this very discussion that we’re sure is raging within the adidas development team with every new release of the Predator. With the latest Predator Edge, the German boot makers dug deep into the archives to design their latest football boot.

One quick look at the Predator Edge and you can’t help but recall the popular Predator Lethal Zone (LZ). The reference to the LZ isn’t even subtle, with the colourway almost mimicking the luminous blue and red of the original.

The modern and sleek lines of its rubberized elements have replaced the more primal look of the Predator Freak/Mutator and it’s a design direction I can get behind. I just prefer modern, clean lines when it comes to aesthetics.

The Predator Edge’s upper retains the textile based material that was on the Predator Freak but seemed to have made it just a little thicker all round. I’m guessing that the need for a thicker upper was required to hold onto the thicker grip materials dubbed the “Zone Skin” (another nod towards the LZ). The Zone Skin elements are much more rigid than the soft rubber fins of the Predator Freak as it promises to do better when it comes to adding swerve and control upon contact.

Another element that takes inspiration from the past is the Power Facet, a metallic fixture at the tip of the sole that supposedly adds weight to the boot so that you get more power with every swing. This is a throwback to the Predator Absolute which had the “PowerPulse” technology which intended to do the same through a sockliner which had metallic shavings that added weight to the boot.

And finally, though not a direct reference to a specific model, the Predator Edge does feel like a Predator of the 90s with its tank-like build and weight.

We can’t talk about the Predator without discussing the fit. The previous generation Predator Freak was a really good boot but it was also divisive because of it’s shape. It carried a figure of eight shape, with a heel and forefoot that was too wide and a midfoot that was too narrow.

This is a very welcome update to the boot that should have been made with the Predator Freak but, better late than never.

Regarding the difference between the low or high cuts, we received a low cut variant for the boot and honestly, the differences in the fit and looks are not significant. adidas should have just gone with 1 design variant for all.

The first time I put on the boots for training, I noticed something I totally forgot existed in the recent Predators – the “anatomical soleplate” in their FG (firm ground) variant tooling. I had switched to the AGs (artificial ground) for the longest time which carries a more conventional flat sole.

The idea of an anatomical soleplate is to have a curvature mould around the arch of your foot to give you a firmly planted sensation. Perhaps this curvature wasn’t built for my foot’s shape as the apex of the curve rested against the bottom of the balls of my feet.

It was uncomfortable on the first try and I had to break into them slowly but wearing a seasoned/comfortable pair of boot in the first half of training before switch back to the Predator Edge with my feet all warmed up.

I’d suggest anyone wearing the Predator Edge for the first time to do the same, just in case, and repeat this for the first 2-3 sessions in the boots.

The adidas Predator Edge is a tank

Once you’ve broken into the Predator Edge, you’ll notice how beefy the boot is. The textile upper is thicker than the last Predator model and so is the wall of rubber on top of that upper. Combined with the Power Facet at the tip of the sole, the boot weighs a hefty 263g in a US 9.5 – quite heavy by modern standards.

Going into crunching tackles shouldn’t be a problem for those in the Predator Edge but those who expect something lighter and more nimble should look towards the lovely adidas X Speedflow.1 instead.

The boot is a throwback to the likes of the Predator Accelerator – a boot that can charge through a brick wall for you. And just like older boots, you might not always get the closest touch on the ball due to the thickness of the upper and the rubber elements.

I own the Predator Accelerator remake and I love wearing them once in awhile for those matches that I want to go into battle. I have no issue with the weight or the heft of the Predator Edge but those who have only worn modern speed boots might have to manage their expectations. The boot is a tank and that is something you will need to embrace.

I do wish, however, that the upper was a tiny bit softer especially as it is a textile/fabric based material. Not a deal breaker, but would have been good to have.

What hasn’t changed since the last Predator is the uber aggressive strike elements. There is a case to be made that the strike elements have gotten even more aggressive than before with the rubber zones generously featuring across the instep, forefoot and outer foot.

For those who have never worn the super sticky Predator Freak, you might have to adjust your technique with the Predator Edge. From receiving the ball to making a curved pass, the rubber elements really do its job in making sure the ball sticks to your foot. And if you’re careful, you’ll need an extra touch to get the ball away from your feet for you to make that pass.

Once you get your technique right, you’ll really be able to add spin to the ball like no other boot can. Those Pogba-esque outside of boot passes to the wing or thunderous strikes from distance can be made a little easier in the Predator Edge but you gotta practise.

While I could feel the weight of the Power Facet in hand, all that washes past me when I’m wearing the boots on the pitch. Its above-average weight doesn’t bother me nor does it feel like it adds to my swing when I strike.

As you all may know I’m a stickler for FG studs working well on AG and the Predator Edge delivers. I have no issue with stud pressure nor with too much cling on shallow AG. I might however consider an AG variant as I reckon it might come with a regular, flat insole – something I much prefer over an anatomical soleplate.

A throwback with the Predator Edge

20 years of boot development have gotten us to demand football boots be lighter and thinner. I personally don’t think lighter is always better but unfortunately, many modern players do not share the same sentiments.

It is this perception that I think will hold back the Predator Edge from flying off the shelves. It is a handsome boot that fits well and the rubber grip element is so unique in a large marketplace of football boots but many might be put off by its weight and heft.

A solid boot that is just 1 step away from being exceptional.

Who is this for?
Old school defenders who need protection in a rugged match. And those who love to add spin to their passes and strikes.
The Good
A great looking boot
Improved fit
Exceptional grip
FG/AG compatible
The Bad
Anatomical soleplate needs breaking in
Heavier and too padded for modern tastes
8
out of 10
Check out the best prices below
adidas.com
AdidasFootball Boot ReviewsPredatorPredator Edge
0 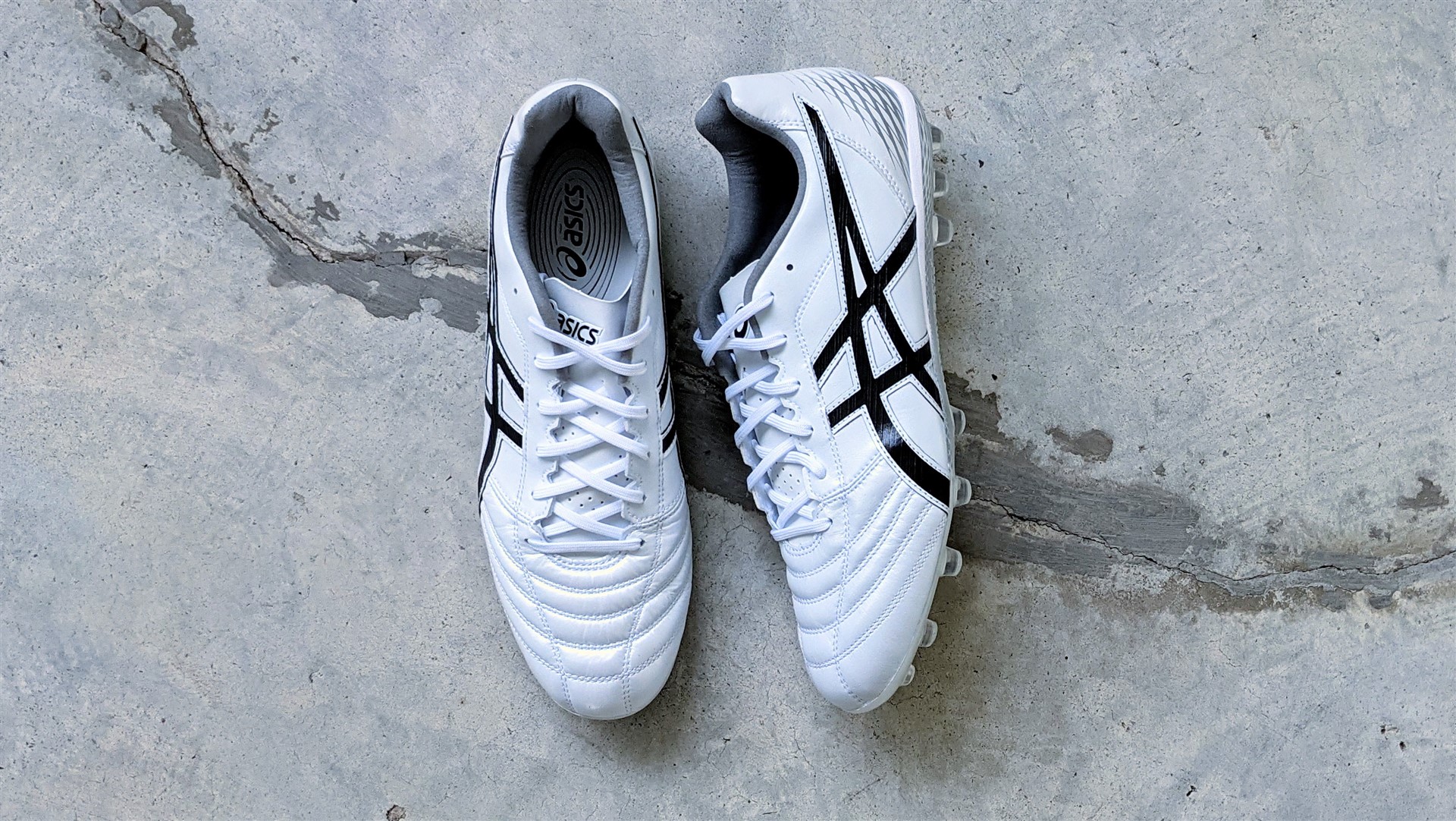 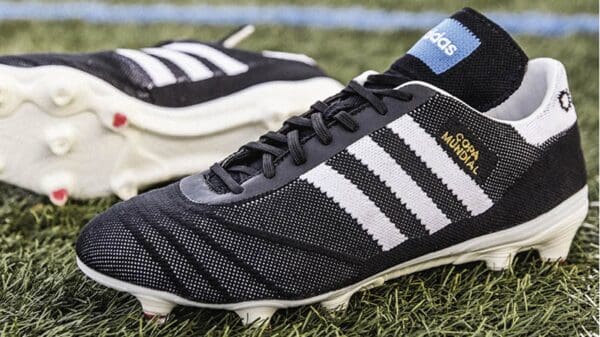 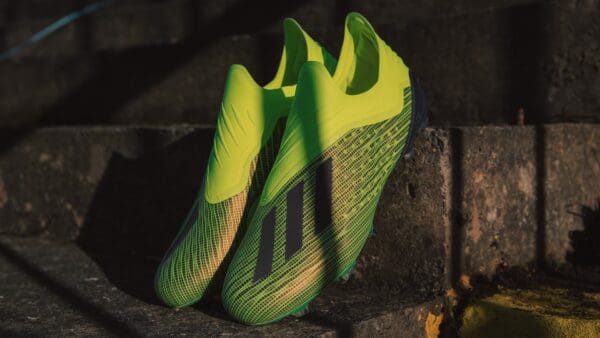