Leap higher and beat your opponents in one-on-ones, we teach you how to add explosive power for your game.

Modern footballers aren’t just good at playing football, they’re also amazing athletes and there’s no better athlete in the game than Cristiano Ronaldo. The man is a beast and is still fitter than most while being in the autumn of his career. Just look at how high he leapt (with some serious air time too) for his legendary goal against Sampdoria. Ronaldo jumped as high as 2.55 metres to head the ball, that’s 10cm higher than the cross bar!

Football is about fine margins and the ability to dominate in small spaces. Players like Eden Hazard and Harry Kane have shown that very ability to get in front of their opponent in the crucial moments with a burst of pace. No matter where you play on the pitch, getting that explosive power can be the difference between a goal or a missed opportunity.

We speak with our friend and physio, Reggie Tang, on how we can build our explosive power while training at home.

“When people think of power, they think of strength. But for me, it’s about their ability to get from point A to point B in the shortest amount of time. Here, we train your muscles to be able to do the things that you want to do over the weekend.

In your first 2 weeks, focus on having a higher number of jumps with less intensity. Do as many as you can without pushing yourself too hard to reach a high height. This is because you want to build your neuro-muscular ability, for your body to adapt to this movement. Focus on the action and how your body reacts when jumping.

“If you’re just starting out, you won’t be able to do as many jumps. But give yourself 8 weeks of consistent training, you will see the difference,” said Reggie.

It’s all about pushing your legs to take on an increased load. With lateral hops, hop to one side and then hop back to the middle, all on one leg.

After your first month, when your body is used to the action, you can now aim for longer distances with your lateral hops.

“Try to get a 1 second pause after each jump to work on your core stability. This will also help with your balance. There are moments in a game where you’re sprinting and someone knocks into you while you only have 1 leg planted in the ground. This pause during your hops will help keep you stable in such situations,” shared Reggie.

Just like the previous two exercises, the backward and forward hops trains your body to create a more explosive action in the front and reverse direction. For the first month, just ensure you are doing the hops right without the pressure of going for a longer distance. Do as many hops as you can.

After the first month, aim for longer distances as your body acclimatizes to the action.

Practice those quick accelerated bursts with shuttle runs in 5 metre stretches. Attempt 4 repetitions in a single set. Start off with 3 sets per day and then scale up the number of sets when you feel you need a stiffer challenge.

Reggie noted that “when it comes to football, especially with 5 a-side, you’re working on small spaces for sprints. Shuttle runs condition your body to make those sprints in a game environment. With all the explosive power you’ve been developing with your hops, your acceleration in your runs should improve over the weeks.”

Reginald (Reggie) Tang has over 14 years of experience as a physiotherapist and is also the physio for the Singapore National Rugby Team. You can visit Reggie and his team of physios at Physio Solutions for all your physio and fitness consultation needs. 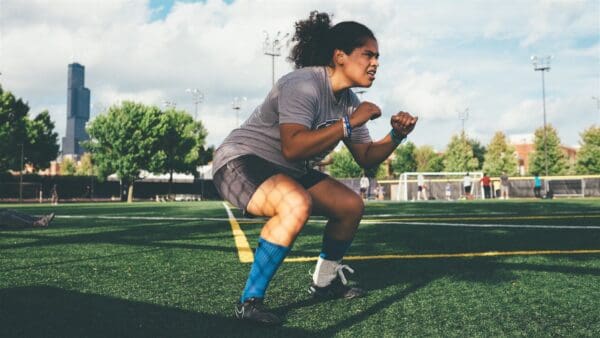 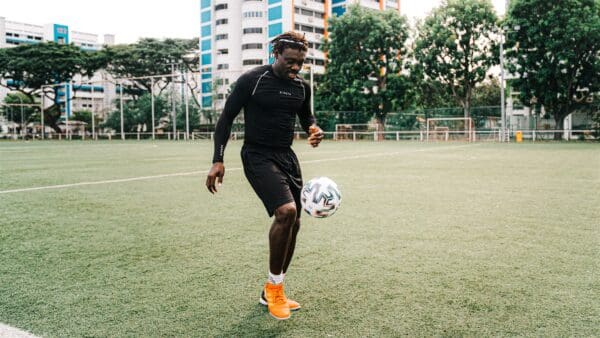 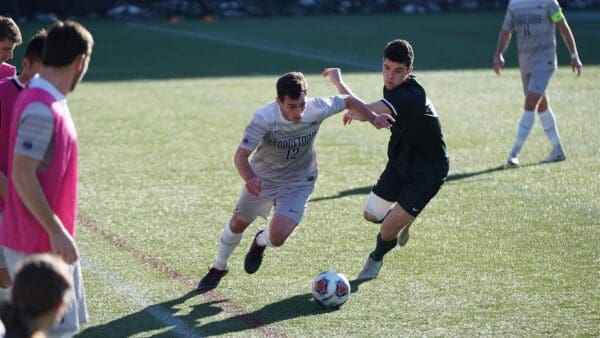