The nicest guy in football, Juan Mata, shares his views on his preferred position on the field, the treble winners of ’99 and more.

“Who’s the greatest player in the Premier League? It’s you Juan Juan Juan it’s you Juan Juan!” Or so the Juan Mata chant goes. While he may not be in the frame to replace Hazard as the top performer in the league, he’s definitely shown himself as one of the most dedicated professionals in the game today.

Or as Pogba claimed, “this is the guy you should follow if you want to be a top, top, player”.

BOOTHYPE had the chance to speak to get charmed by Juan Mata at adidas Singapore’s “Dare To Create – Your Story event”. Here’s what he had to say about Manchester United‘s season ahead.

You’re a versatile player who plays as a No. 10 and on the wings. What is your favourite position?

Juan Mata: My favourite position is to play (laughs). As you know, I love to touch the ball a lot, be in possession and be in between the lines. So whether it is as a number 10, or coming in from the right inside, I enjoy it. I’m ready to play in different positions which gives the manager more choices for different systems and formations.

You just signed a new contract with United, what are your goals for the upcoming season?

JM: My goals are the team’s goals. Which is to improve, to do better than we did last season, train well, get ready for games and try to win as much as possible. We want to make our fans proud, we are Manchester United and we need to be competing for important things.

Your boss was from the ’99 treble winning team. Which player from that team do you think would do well for your current team?

JM: (chuckles) Everyone! Every player in that squad will be very good. His (Solskjaer) ability to score late goals would be great, Beckham, Ryan Giggs, I can name all of them. They were a fantastic squad that had a fantastic season in ’99 and it was an incredible time in United’s history.

If there is one thing in Singapore that has captured your attention apart from the fans, what is it?

JM: It’s my first time in Singapore and I was pretty shocked at the view and the sights when we first arrived. It seems very different from where I’ve been. The stadium was also incredible with a fantastic structure and atmosphere. I’m very happy to be here for the first time and we are very grateful for the welcome, from you and of course all the fans. The city itself is very shocking when you arrive for the first time, but it’s a good feeling.

Do you prefer the new home kit or the new away kit?

JM: This one (gestures to the home kit that he is wearing). I think it’s a very nice badge and I prefer this one.

This is your fifth pre-season at United, how is this pre-season different from the ones under previous managers.

JM: Every pre-season is different, even with the same manager. I think we all start from zero to earn our place in the team again. This is the Ole’s first pre-season, which is helpful for me and the players to understand how he wants to play and to train for his style of play. Every starting position is a new challenge for me and my team mates and I am looking forward to finishing well.

I think everyone is doing well and I’m looking forward to that first game against Chelsea. The aim of the pre-season isn’t the results, but to be ready for that game.

What’s your favourite part of the pre-season so far?

JM: To be honest I love going on tour with United. We’ve gone to the United States four times, once in China and this year it is Australia, Singapore and China again. It’s a fantastic experience visiting places that I’ve never gone to in my life with United, and to feel the love of the fans. It’s a great experience to know new places thanks to football and United.

Has there been a player that has impressed you a lot in pre-season?

JM: All the young players are doing very well. It’s difficult to pick one of the youngsters on tour because they’re all so good. Obviously Mason scored a goal yesterday and another in the previous friendly. He’s a nice, humble, hardworking boy and a good finisher who speaks on the pitch, which is something that I like. We’re happy for him and all the young players who have played a lot. But I really like Mason and Jimmy (James Garner).

Which is a bigger rivalry for you? Is it the Manchester Derby or playing against Liverpool?

JM: It’s Liverpool. When you arrive at United, the fans the club staff, the people around us make sure that we know that the biggest rival is Liverpool so you feel it instantly. When we play against Liverpool both home or away, you feel the excitement from the fans and everyone at United the entire week. And when you beat Liverpool it is a wonderful feeling.

What do you want to tell the Manchester United fans from Singapore about the upcoming season?

JM: Thank you for the reception yesterday at the match, it felt like we were playing at a Singaporean Old Trafford and we will try to make you proud, we will try to win many games for you to enjoy.

Thank you to the good people of adidas Singapore who invited us to “Dare To Create – Your Story event” which gave Manchester United fans the opportunity to hear from the three international icons their football journeys and how they overcame setbacks to achieve the success they have today.

[…] the ball to send Joao Mario the wrong way before curling it in with his left foot, it was no wonder Mata named him as his favourite United youngster to watch. The 17 year old was rocking the Nike PhantomVNM from the Victory Pack which has been Nike’s […]

Juan Mata: “My Favourite Position Is to Play – Manchester Is RED 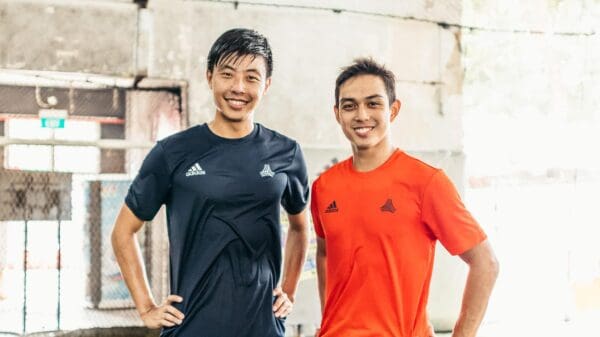 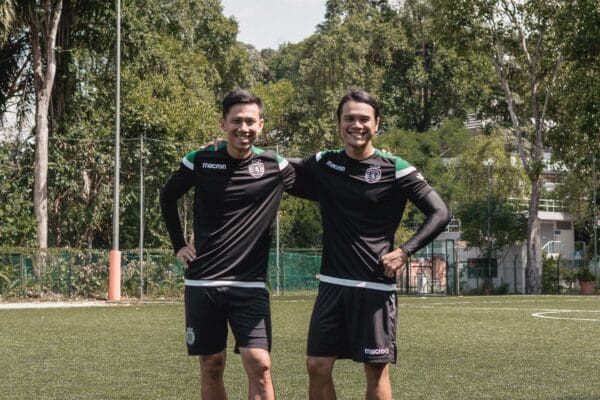 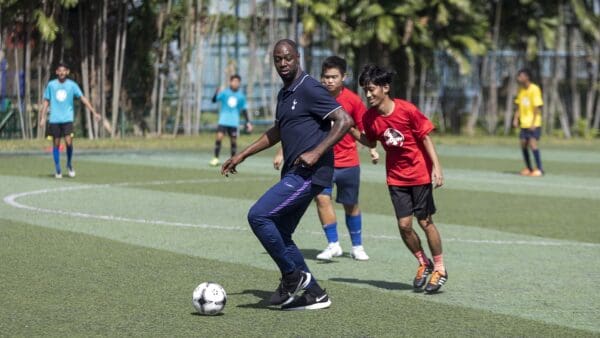