A new beginning, or the beginning of the end for the Nemeziz?

The adidas Nemeziz 18 was not a bad boot though it had a confusing identity as a padded speed boot. It was uber tight, one of the tightest boots we’ve worn, and we didn’t always enjoy the lockdown it provided.

With the Nemeziz 19, adidas have kept faith with the tape concept, but reconstructed the boot from ground up. Can adidas improve on one of the more eccentric boots in their lineup? Here are our first impressions of the new “agility” boot.

The Nemeziz silo has had a strange relationship with the collar, being one of the only boots to have gone from no collar, to a full on collar. Tension tape wraps above the ankle area, presumably for better lockdown and fit around the foot. There’s also inner tape band under the collar that acts as a seatbelt under it. Adidas claims that the adaptive tape maximises acceleration for a quicker change in direction.

I’m genuinely perplexed by adidas’ decision to give their premier agility boot a collar that wraps around the entire ankle. Wouldn’t more material around the ankle restrict movement? Perhaps adidas is going for a placebo effect with a compressive fit around the area.

The area where your foot enters the boot also looks really small. That’s a big worry as we already had huge difficulties putting on the Nemeziz 18.1.

The Nemeziz 19.1, on the other hand, shares much of that sleek silhouette while possibly alleviating some of the lockdown issues that the 19+ might have.

It’s still got that v-shaped cut to wrap just around your ankle, while the tension tape continues to form the tongue. It looks like adidas uses some sort of silicon coating to reinforce the boot, up to the laces to ensure that the tongue area stays elastic enough for your foot to enter and for the laces to exert enough ‘bite’ for lockdown. You’d be forgiven though, if this concept sounds vaguely familiar to another resident speed boot.

It also seems like they’ve adjusted the toebox area to give players a more barefoot feel, pushing it one step closer to being a speed boot.

Probably the most surprising change to the boot lies in the outsole. adidas have gone into their Predator archives and revived the split outsole design, calling it the Torsion System. A split outsole should add more stiffness in the forefoot to allow for a more responsive snapback and therefore encourage a more efficient running form.

They’ve also radically changed up the stud pattern. The general layout remains the same, but gone are the half-moon shape studs from the Nemeziz 18 in favour of narrower oval and rounded studs. This new shape should make cutting and pivoting feel more natural, aiding in the boot’s supposed unique selling point – helping you be more agile on feet.

A split outsole, silicon reinforcement on the upper and a closer ball feel. The Nemeziz 19.1 does feel like adidas attempting to copy the popular Nike Mercurial Superfly, but sprinkled with their own unique take.

While Nike have gone with their tried and trusted Flyknit material to provide the lockdown, adidas have stuck with their taped concept. The Nemeziz also prioritized manoeuvrability over the Superfly’s extremely aggressive stud traction.

We at BOOTHYPE are curious to see if this concept could even be an improvement on Nike’s premier speed boot.

Can The Nemeziz Rise Again?

It’s no secret that the Nemeziz silo hasn’t done as well as adidas have hoped, despite having Lionel Messi headlining it. The Nemeziz’s biggest problem hasn’t been the boot itself, but its various overlaps with the other adidas speed boot – the X.

No one thinks of speed and agility separately and it does feel like adidas is pitting their own silos against each other, instead of creating unique value with each silo. Compounding things is the fact that the upcoming 302 Redirect pack also contains a cosmetic update to the popular X18 silo in the form of the “X19”.

The Nemeziz 19 is a legitimately exciting boot and ticks many of the boxes you’d want for a lightweight boot that encourages manoeuvrability. We only hope that the boot finally comes into its own instead of being a pale imitation of other speed boots.

[…] dropping the new adidas Nemeziz 19+, the three stripes spent little time in following up with a full colourway launch to accompany the […] 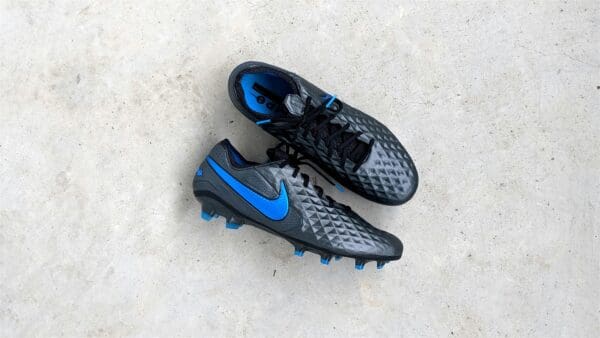