Can Nike improve on a classic leather boot with modern technology?

The previous generation Nike Tiempo, the Legend 6, was one of my all-time favourites. It had the perfect blend of premium leather and technology. The leather was soft out of the box and was even more supple after a couple of games. Lockdown was excellent and it had a memory foam tongue which was not only comfortable but also convenient for putting on your boots – something we take for granted in the days of one piece uppers.

And that beautiful internal cage prevented overstretching while also adding to its modern aesthetic.

However, the Legend 6 wasn’t without its flaws. It was plagued by poor build quality that caused the upper to separate from the soleplate within a few months. I was excited when I got the Legend 7 as a replacement. Surely the latest also had to be the greatest, no?

Flyknit on everything + new tech

A big departure from previous generations of the Nike Tiempo, the current model now features Flyknit – the last of the Nike boot silos to incorporate their proprietary knitted material.

Nike was proud to showcase the use of Flyknit to replace the Legend 6’s comfy tongue and to be the main material used around the external heel counter. We also see the return of Flywire cables to provide extra lockdown when pulling down on your laces.

Curiously, Nike also included the Fit-Mesh liner which they claim acts “like a Chinese finger trap. The more pressure you apply, the tighter it holds.” This can be seen from the outside of the boot in the form of the ribbed internal cage that forms the skeleton of the forefoot.

I rolled my eyes at all the supposed “tech” listed above as I feel that they add little to the performance but added much to the price tag.

Compared to the Legend 6, the new Flyknit tongue on Nike Tiempo Legend 7 operates more like a tight compression sock. Putting on the Tiempo Legend 7 was challenging at first – it felt like wrestling match with my feet. As you can imagine, the compression fit ensured that lockdown was good. But, perhaps, it was a little too good.

The Flyknit tongue, coupled with the Flywire cables were suffocating my feet. The point of a leather boot is all about comfort. The Legend 6 balanced lockdown and comfort to a tee but the Nike Tiempo Legend 7 forgot about comfort in their quest to shoehorn more tech into the boot.

The use of Flyknit on the heel counter was also an oversell – it’s still primarily made of plastic with a thin layer of Flyknit wrapping it.

Lockdown was just as superb in the Nike Tiempo Legend 7 as it was in the previous Legend 6 so it was hard to judge how effective the Fit-Mesh skeleton was. I just had to take its utility at face value though I couldn’t feel it in action.

And that Nike Grip tech? It doesn’t work at all with the official Nike Grip socks. The socks are excellent but don’t buy them just to use with this insole because its effect is negligible.

Breaking in the Nike Tiempo Legend 7 is hard to do

When I took on to the pitch, I couldn’t put away the nagging sensation of the ultra-tight fit. Throw in the fact that I had a hard ground (HG) soleplate variation (more on this stiffer variation later), expect your first 5-7 games to carry some discomfort. Yes, you read it right. Not 2-3 games. Several.

I was locked in but letting loose was a challenge. Foot cramps plagued me as I played on AG and I had to switch out often to my beloved Nike Premier 2.0. The leather was also nowhere near as soft and supple as the Legend 6 though it’s understandable as they would have wanted to avoid any issues with the upper splitting.

Once you got past the break in period, the boot is as sharp as a tack. Touches and passing are crisp. The leather isn’t too thick so you get a close feel of the ball while still benefiting from the padded sensation that you associate with a leather boot.

With the aches gone, all you feel now is a boot that is perfectly wrapped around your feet. With the excellent lockdown, I almost thought I was wearing a speed boot. Every touch on the ball, from receiving a pass to striking on goal, and ever stride taken, made me feel connected to the game unlike any other boot I’ve worn.

The hard ground soleplate (read more about HG soleplates) felt right for artificial ground (AG) and also on firm natural ground (FG). It’s not the most aggressive stud pattern but I’d always recommend less aggression on AG surfaces. Once broken in, it just works well without the aches that came in the first few games.

I was a little disappointed to see the FG variation include some bladed studs to make it more aggressive on pitch. I personally believe that a boot like this should be made for comfort but it does seem to go hand in hand with the fit and performance of the Tiempo Legend 7 which is a lot more aggressive than its predecessors.

A legend unsure of its destiny

I think the Tiempo Legend 7 is a technically good boot after you break it in. Nay, it is a damn fantastic boot. But I feel that the current Tiempo has started to shift away from what made the leather boot fantastic.

For optimum performance, they have sacrificed comfort and have not found that balance in what they’re trying to achieve. I’ll never recommend buying the boot at full price as the major discomforts at the start of your journey are a big let-down. But if you’re patient to wait for a dip in price, the Tiempo Legend 7 may be worth your money.

It’s such a shame it’s come to this as many other premium boots, like the adidas Copa 18.1, Mizuno Morelia and even the cheaper Nike Premier 2.0 are much more comfortable out of the box. That should be the first criteria for leather boots and the Tiempo Legend 7 fails in this regard.

The Tiempo is due an upgrade, with the Legend 8 most likely launching in 2019. However, the only way forward for Nike is to turn back time and take their cues from the Legend 6, not 7, for inspiration. 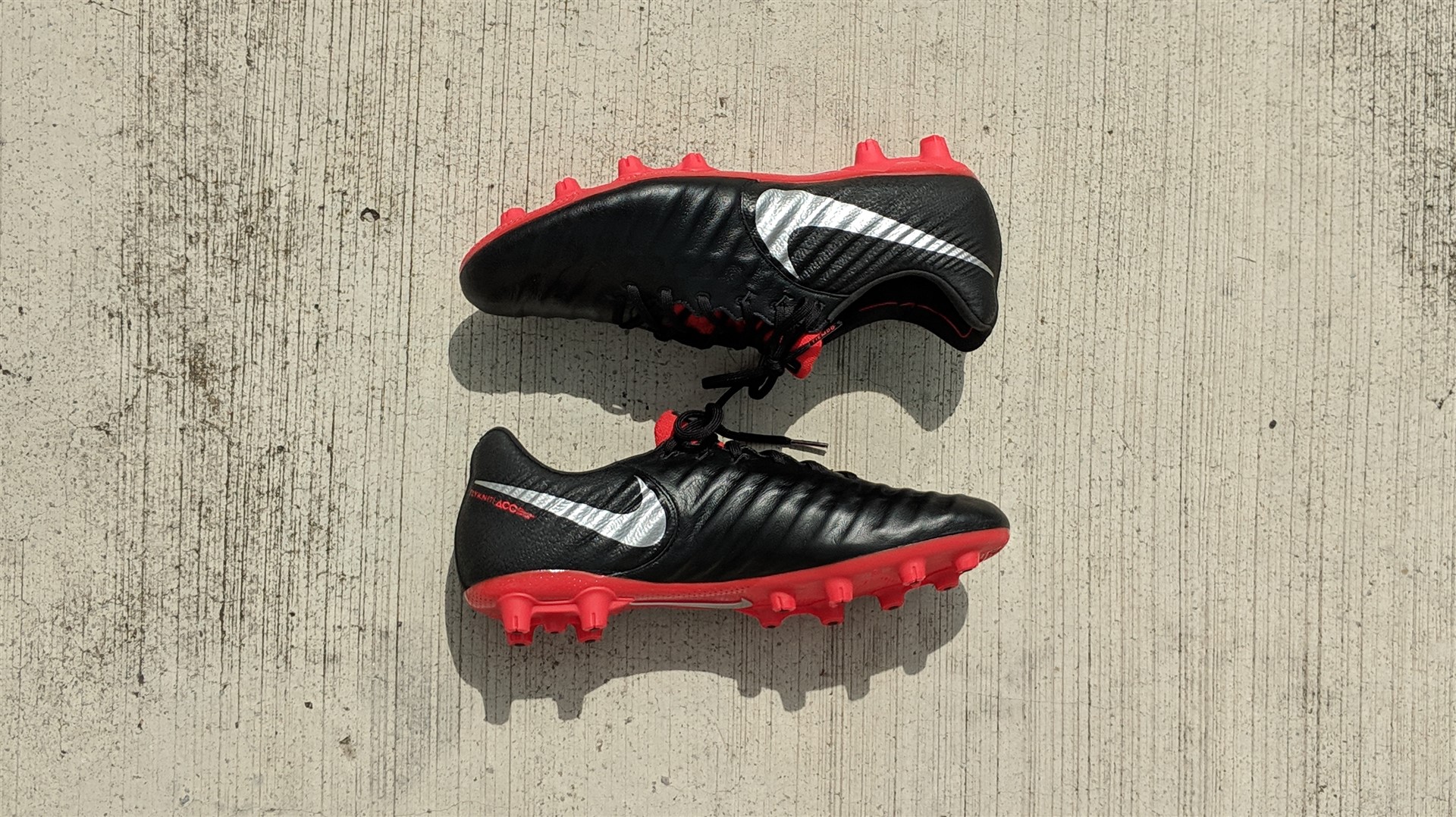 Final Thoughts
A good boot but it requires too long to break in to.
The Good
Good performance after breaking in
Excellent lockdown
Great feel on the ball
The Bad
Takes too long to break in
Not a big fan of its looks
Leather could be softer
7.5
out of 10
Check for the best prices below
Prodirect SoccerNike.com
Football Boot ReviewsNikeTiempo Legend
1
2

[…] the best for last, we have the Puma One J1 HG which I feel should be Puma’s answer to the Tiempo Legend 7 and Copa 19.1. The Puma One J1 comes with a full kangaroo leather upper, an ‘EverFit’ cage from […] 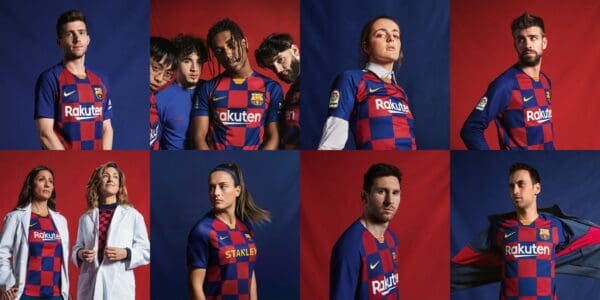 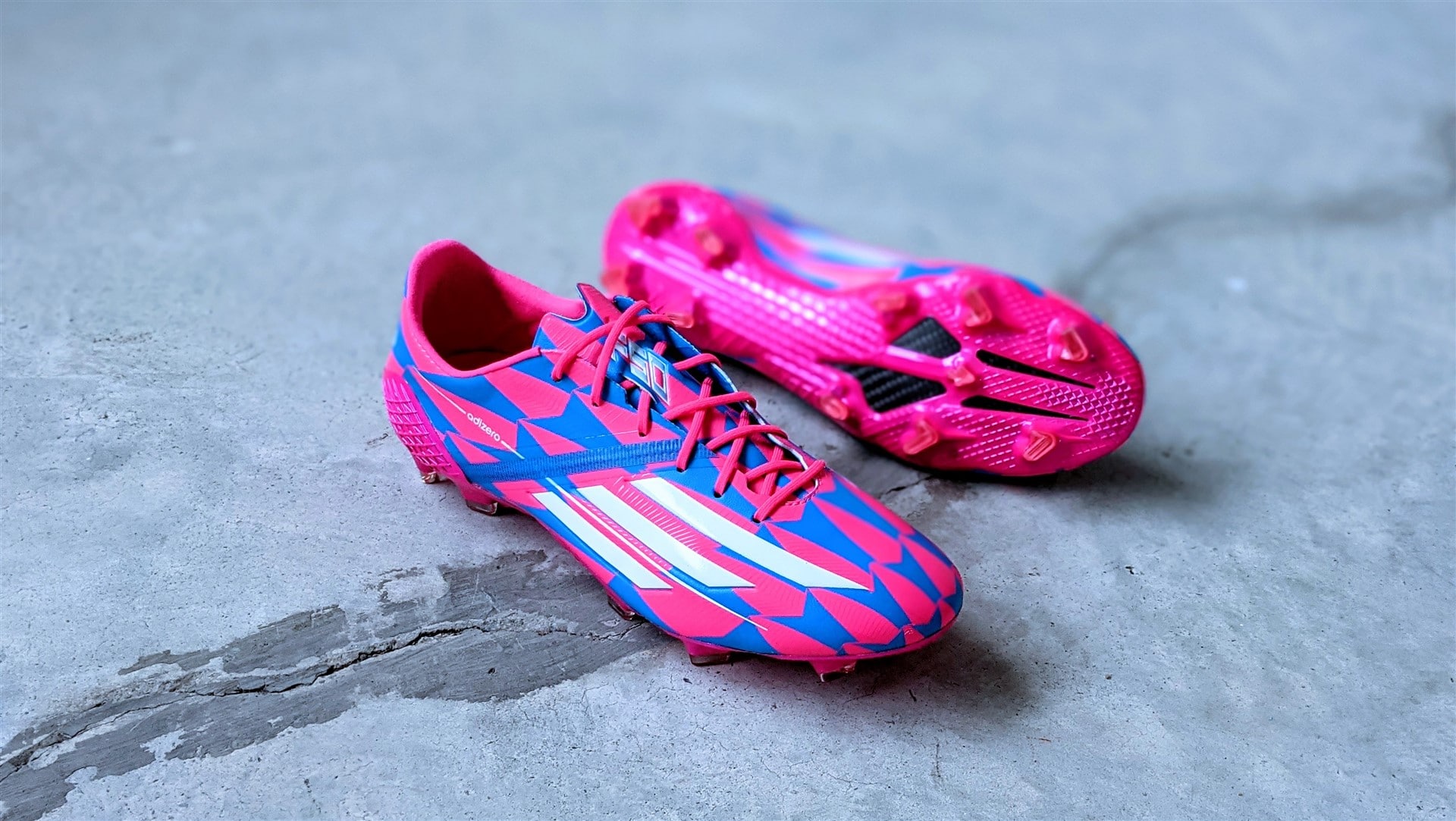