Home > Community > Petr Cech: We should be in the Champions League
0
Search

Petr Cech is an institution in English football and a legend of the game. BOOTHYPE spoke with the big man on the upcoming season and how he views competition from a big new signing.

Q: What’s changed under the new manager in terms of the work done in pre-season?
A: Overall it’s similar to what we’re used to but the way we work is different. Every manager is different. So far we’ve been doing very well and hopefully it shows when the season starts. The work we’ve done since the beginning of July has been good.

Q: The fact that you’ve got most of your players in pre-season, that must give Arsenal an advantage?
A: We’re missing players and it’s a tricky period for everybody, for every team who has players at the World Cup as everyone joins at a different time. This is not ideal but we have majority of the squad since the beginning and that is an advantage for us.

Q: How are the new players settling in?
A: They’ve been doing very well. We have a really good group of people in the players and staff which makes it easy for the new players. As well, you always know someone from the team, someone you played with from the national team or was an opponent.

Q: Any initiations yet?
A: We haven’t started yet but there are first rounds due today!

Q: How does Bernd Leno coming in affect your position?
A: All you can do as a player is to work hard in training and show your manager that you could play. This is what I’ve been concentrating on, I do my job as best as I can and let the manager decide who’s in the starting line up.

Q: Mentally, how is it like to have Arsenal invest in another goalkeeper? Kind of like when Courtois joined Chelsea.
A: It has happened many times in my career. As I said, the only thing you can do is work hard and force your way through to the starting line up. In football, there is no sentiments about this. We just got to do our job and see.

Q: There has been rumours about a return to Chelsea. Is that something that would interest you?
A: I’ve said many times, I’m here and I have 1 more year in my contract. The club is counting on me so far, so my position is here. I’m concentrating on my job and try to keep the number 1 jersey. This is my task and what comes, comes.

Q: What has the new manager introduced to the team? We hear a lot about video analysis…
A: What’s impressive is his setup of his coaching staff. They work really well and you can see how well organized and professional they are. Since day 1, everything is running smoothly on the highest level. We haven’t had any injured players yet so this has been a good positive.

Q: Do you think you can challenge for the top 4? Perhaps the title?
A: It’s a new year after a big change so it might take some time. The intention is to do as best as possible. The target is to finish at least in the top 4 where the club belongs and we should be in the Champions League. If we can win the league, we’d obviously love to do that.

Q: With Sir Alex Ferguson leaving, it was a tough time for Manchester United. Do you feel with Wenger gone, change can be a good thing?
A: When you have big changes it’s always a challenge for everybody. It depends on how you work and how you make the changes happen. So far it’s been a positive pre-season. The work we’ve put in is of the highest quality.

Q: What’s been the reaction in the squad about the Mesut Ozil situation?
A: Mesut has his own issues with the German federation but for us he’s an important player. We’re going to support him and make sure he feels  comfortable to perform at his best .

Q: Did the team talk about uniting the fans after seeing different factions last season?
A: No. The only way to unite fans is through performances on the pitch. As soon as you start winning games, everybody jumps on the same boat.

Q: Has the new management reinvigorated the squad by doing things differently?
A: When you have a team built with different players who came from different environments, you are used to doing things differently with every manager whom you start working with. It’s nothing new for most of the squad but it might be different for players who have been at Arsenal for long period of time. In modern football, that’s the way it goes. The managers usually change quite quickly and Arsene has been an unbelievable exception.

Q: You seem used to it from your time at Chelsea…
A: Yeah I had 11 managers at Chelsea so you can imagine the way it goes. As a player you always got to do the same thing – when a new manager comes in you work hard to prove you can be in the starting line up.

Q: Has Unai sat you guys down as goalkeepers and said who is going to be number 1?
A: Nope. He will make a choice when pre-season is over.

Q: Well you have the number 1 shirt….
A: Hopefully it’s not just going to be the shirt!

BOOTHYPE will continue to provide coverage of the 2018 International Champions Cup. Follow us on Instagram at @boothypeofficial for behind the scenes footage of player trainings and match day events. Quotes from this feature have also appear on Arseblog. 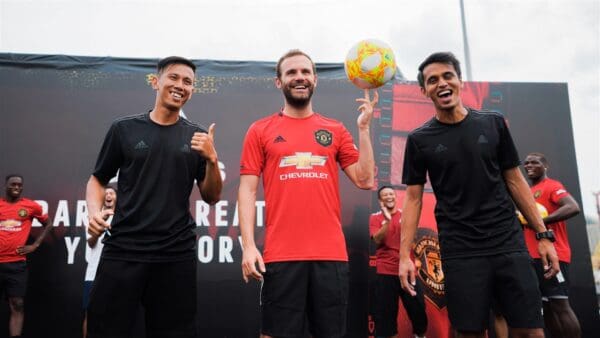 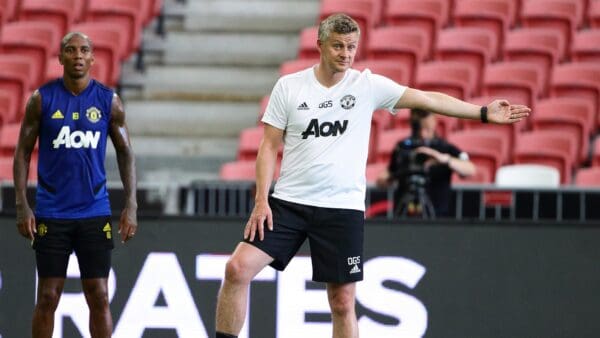