Home > Community > Kane: “There are no more excuses for Tottenham next season.”
0
Search

Returning to gruelling pre-season training after the disappointment of losing a Champions League Final is tough on any team. Tottenham Hotspur are looking for redemption as they start the new season at the refurbished White Hart Lane.

How will they approach 2019/20? We speak to them during their tour of Singapore.

Were you surprised at how much attention your selection for the CL final received? What would you say to those people who said that you shouldn’t have started?

Harry Kane: That’s football and the world we live in. Everyone has an opinion. The Gaffer makes the decision on what’s best for the team. It didn’t work out but as a team we always win and lose together.

Spurs have improved season on season but you’ve not won a trophy. Would it be a failure if you don’t win a trophy next season?

HK: We go into every season trying to win. There’s no excuses. As a team we need to do better in the big games when we get opportunities like we got last year we have to take them. It starts now – hard work, determination and focus for the pre-season. Hopefully we can win something at the end of the season.

With a new stadium and the team finally buying players, does this feel like a new beginning after the disappointment in the Champions League?

HK: What we’ve built over the last 5 years or so, we built to this moment now. When we looked back 5 years ago, the aim was to play Champions League football in the new stadium. Everything’s in place to build and progress, that’s down to us – no excuses. For me I’m just excited to get going again for a good season.

Mauricio Pochettino: The holidays were so tough for myself and it was difficult to move on after the (Champions League Final). The way we prepared for the final was unbelievable. The happiness and atmosphere was the best in my 5 years here. It still is difficult but we need to move on.

Did you consider your future at Tottenham after the Champions League defeat? And if so, what made you stay?

It was an amazing period but after 5 years, with a difficult project for Tottenham, we talked a lot about perception and reality. When you are young sometimes you prioritise the club before myself, maybe after the final if it worked out differently, it was time to say maybe it’s time to write a new chapter with new coaching staff, or a new opportunity.

But I think after the final, the team didn’t feel great. I’m not a person who likes to leave this way, when the team is in a difficult situation. I love big difficult challenges. To rebuild that mentality now, to repeat this next season, that motivates. For sure the situation would have been different if we had won the finals.

Kieran Trippier has left the club and now Danny Rose is not on tour with you. Are you looking to bring in full backs from the market or perhaps promote a youth player?

MP: It’s all about the player’s and club’s decisions. Danny is still our player. Danny, with Vincent Janssen, are speaking with the club and their agents as they have matters they need to solve. After our tour, we go back to London. If they are still there, they will be in a normal way with the team.

(on Trippier) It’s difficult for me in the past to be involved in these types of decisions, that is the club’s decision. Trippier communicated the day before we travelled here. He accepted an offer from Atletico Madrid and then the club communicated to me that they had accepted a deal. I wasn’t involved with all these discussions.

Christian Eriksen has hinted that he wanted a move and a new challenge. Is this why he was training alone today?

I was not there when he made those comments. Christian expects to play this weekend but he has got a minor procedure after the final which is why he’s training alone. He had the option to stay in London but he decided to come on tour.

Are you happy with the squad or would you like new players during the transfer window?

I told Daniel (Levy) that I will be happy with the team that he gives me. I am happy to work, I am a happy man.

Get 10% off the new Tottenham kits from Premier Football with voucher code “BOOTHYPE10”. 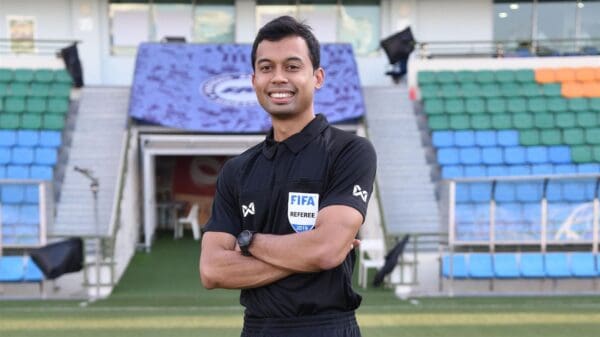