Wouldn’t they want to wear the latest boots available?

Footballers are a privileged bunch. They’re not just athletes but they’re also major influencers whom brands pay handsomely to promote their products. Cristiano Ronaldo is such an example, albeit an extreme one. He’s got a lifetime contract with Nike and commits much of his time off the pitch to commercial programs for the brand.

He travels worldwide to appear in events such as the pre-season visit of China and is contractually obligated to wear the latest gear and boots (
personalized to fit every inch of his body) by Nike. Surely, that’s every footballer’s dream, no?

While the glamour of endorsements is sure to turn heads for young footballers, older players (usually 30 and above) have had their fill of the glitz in their earlier years.

An endorsement also means time spent away from the family at photo shoots and events. Footballers are wealthy men and they would have earned their share of money from a long career in the sport and endorsements in their earlier years.

Stepping away from endorsement commitments means more time for themselves and their loved ones.

From the other side of the fence, brands may also deem older players to be less marketable and tend to reduce their sponsorship in favour of younger, up and coming footballers who may provide better appeal for their products.

Many of us have favourite boots from the past. You know age is catching up with you when you catch yourself saying “They don’t make this like they used to do.”

The newest boots aren’t always the best boots. However, players under a contract with a brand are assigned the latest boots to wear, even if they might not wholly like the boot they’re endorsing. Sure, the brand builds a custom fit for the player but that’s a small consolation.

On top of that, with brands’ regular colourway changes every 1-2 months, players are required to switch to a new pair of boots just when they start getting comfortable with their existing pair.

By the time a player gets into his 30s, many would prioritize the freedom to wear what’s most preferred/comfortable on feet instead of pocketing a little bit of pocket change to wear something assigned by a brand.

Ultimately, older players had made enough money to decide how best they want to spend their time. Being tied to an endorsement deal means more commitments to matters they may not want in the latter years of their career.

Sure there are super celebrities like David Beckham and Cristiano Ronaldo but they’re the exception to the rule who are also on deals which are on a different level.

The glamour of being an endorsed athlete does wear thin. Players, who mostly have acquired considerable wealth, eventually just want to wear something they’re comfortable with on their own time and terms with no strings attached. 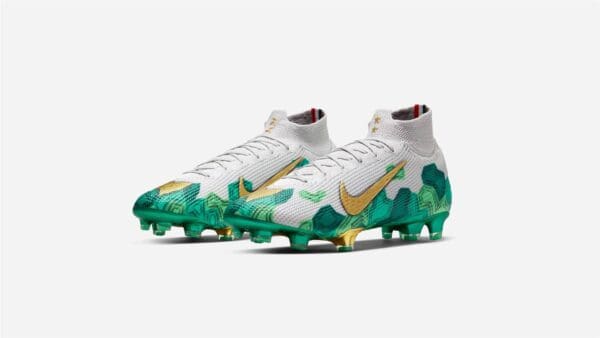